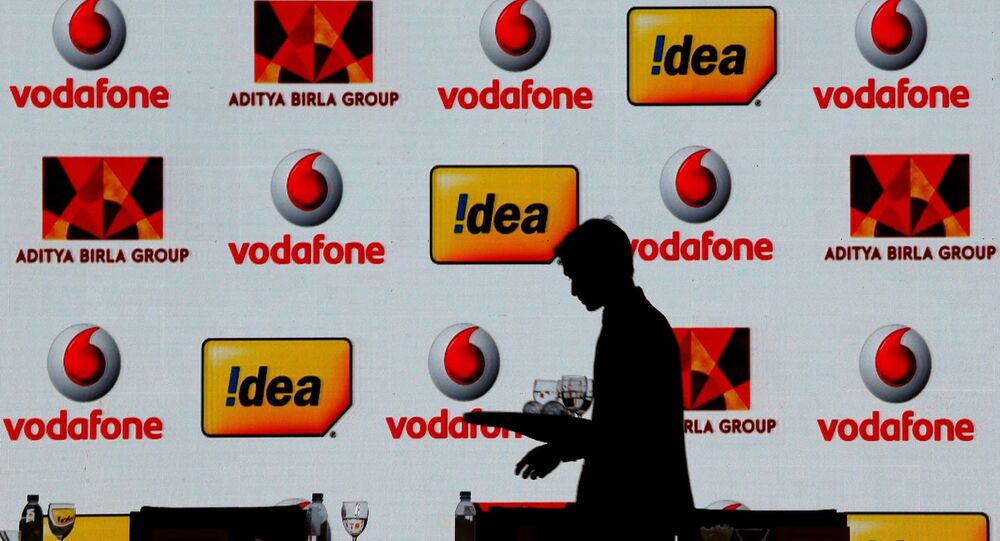 New Delhi (Sputnik): In November of last year, Vodafone's global CEO Nick Read said the company's future in India was doubtful. Even as Read immediately retracted his statement, weeks later his Indian partner and chairman of Vodafone Idea said it may shut.

India's Supreme Court (SC) on Thursday sought a reply from major telecom players, including British firm Vodafone Idea and Bharati Airtel about securities they can deposit in the court registry over a case involving the payment of statutory dues to the Indian government.

The court also asked the telecom companies to reply about guarantees from directors before it allows the staggered payment of statutory dues, which they are supposed to make to the Indian Department of Telecommunications.

The case pertains to the non-payment of adjusted gross revenues (AGR) worth about $20 billion by the telecom companies to the Indian government. The telecom companies had asked the court to allow staggered payments to the government. In response to their plea, the bench headed by Justice Arun Mishra raised several issues, including security and guarantees from the firms.

Justice Mishra, on the demand to stagger payments for the next two decades, said "Nobody has seen the next twenty years. [We] can't allow the extension based on a 'gentleman's promise'. How can twenty years be said to be reasonable?”

"Are telcos prepared to issue a bank guarantee? Are directors prepared to issue personal guarantees? Are there other securities that can be furnished as guarantee? Undertakings will have to be there and that the court cannot allow staggered payout without securing government dues", Justice Mishra observed. The court then asked the telecom firms to file a reply on the issues raised by the bench.

The statutory dues that the Indian telecom companies are liable to pay to the government have been piling up for over two decades.

The Indian Department of Telecommunications approached the Supreme Court for a redressal in the matter as the telecom firms owed about $20 billion to the government in the form of dues related to AGR. However, the telecom players have made only partial payments citing a slowing economy and financial burden in upfront payment. Vodafone, which merged with Indian telecom company Idea two years ago, has also gone down to the extent that it may have to shut up shop in India.

Out of its total AGR dues of $6.8 billion, Vodafone Idea has paid $853 million. Similarly, Bharti Airtel, a major Indian telecom player has paid almost half of the $4.6 billion it owes to the government.

Under the National Telecom Policy, 1994 licenses were issued to telecom operators for a fixed license fee. However, as the fee was very high, the government offered to charge it in the form of revenue share. The dispute about AGR pertains to this share of revenue, which telecom firms have not yet paid to the government.