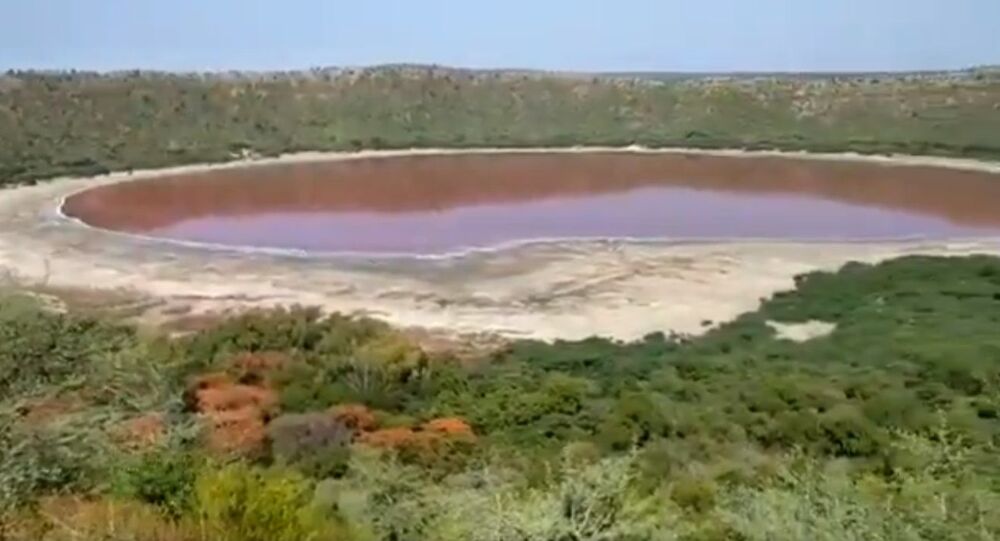 New Delhi (Sputnik): Around 52,000 years ago, a meteorite weighing two million tonnes crashed in central India and created a body of water called the Lonar Lake. The saltwater lake located in the state of Maharashtra is considered a national geo-heritage site in India.

In recent days, the water in Lonar Lake has been changing to hues of pink and the exact cause remains unclear at present.

​Officials from the Indian forest department have been instructed to gather water samples from Lonar Lake and find out why this mysterious change in water colour is suddenly being observed.

Meanwhile, pictures of the pink lake have begun to make their way onto social networking platforms. Netizens in awe of the spectacular phenomenon are comparing it to Australia’s Hiller Lake, known for its pink water.

​The change of water colour in the lake has happened before, but never has it been so evident, the media reported, citing researchers.

In case of Hiller Lake, the water appears pink because of the presence of two organisms – Halobacteria and an algae family called Dunaliella salina, researchers have concluded.

Researchers working on the colour change of Lonar Lake are also investigating the presence of similar microorganisms, however as of now, no concrete conclusion has been made.

Earlier in April, a lake in Chichimequillas, Fresnillo municipality in Mexico suddenly turned pink due to the increased concentration of sodium, unusual bacteria, and gunpowder chemicals.