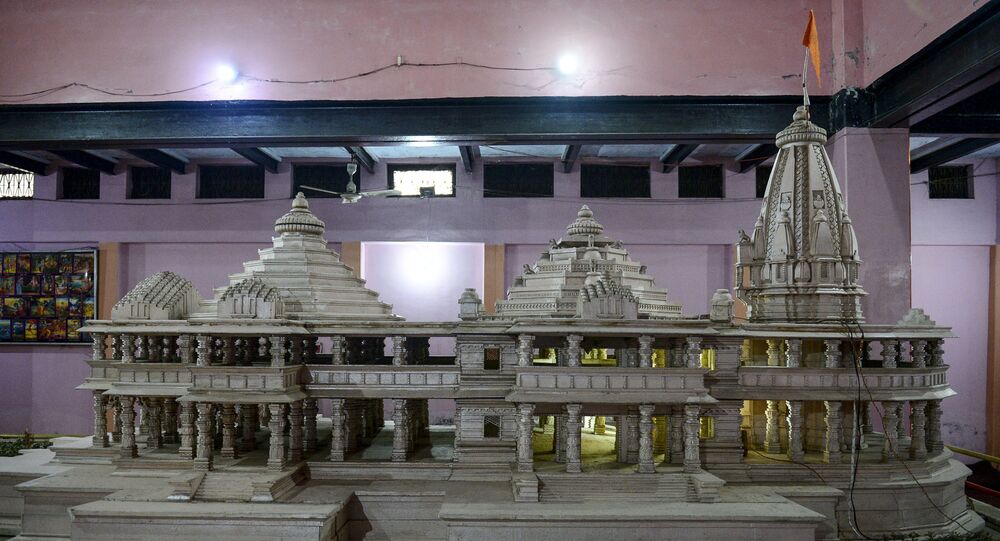 New Delhi (Sputnik): Hindus and Muslims in India were fighting for the title of a piece of land in Ayodhya in northern Uttar Pradesh for several decades. The apex court of the country in November 2019 settled one of the longest-fought court battles, handing over the ownership to Hindus, who believe it was the birthplace of their deity Ram.

Hindus on Wednesday began rituals for the construction of a temple dedicated to Lord Ram in Ayodhya in northern Uttar Pradesh. The head of a trust formed by the federal government, as mandated by the Supreme Court of India, Mahant Kamal Nayan Das, led religious leaders at the rituals. Called “Rudra Abhishek”, or ordination, it was a prayer to Lord Shiva – one in the Hindu trinity – to seek his protection from any obstacles in the way of the temple's construction.

The land was at the core of several decades-long legal, religious, and political battles. A mosque was built on the land by medieval ruler Babur, but it was torn down by religious zealots in 1992, sparking one of the worst communal riots in post-independence India.

While settling the issue, the Supreme Court of India granted an alternative plot for Muslims to construct their religious shrine in Ayodhya.

According to a spokesman for the trust, the actual construction will take time, as the country is still under lockdown. Federal Home Minister and former chief of the Bharatiya Janata Party Amit Shah vowed on Tuesday, 9 June during a virtual rally that a grand temple would come up at Ayodhya at the earliest, as promised by his party.

The construction of the Ram temple in Ayodhya has been on the agenda of BJP and it was a poll promise by the party during the 2014 and 2019 elections to the Lok Sabha, which brought the party to power.