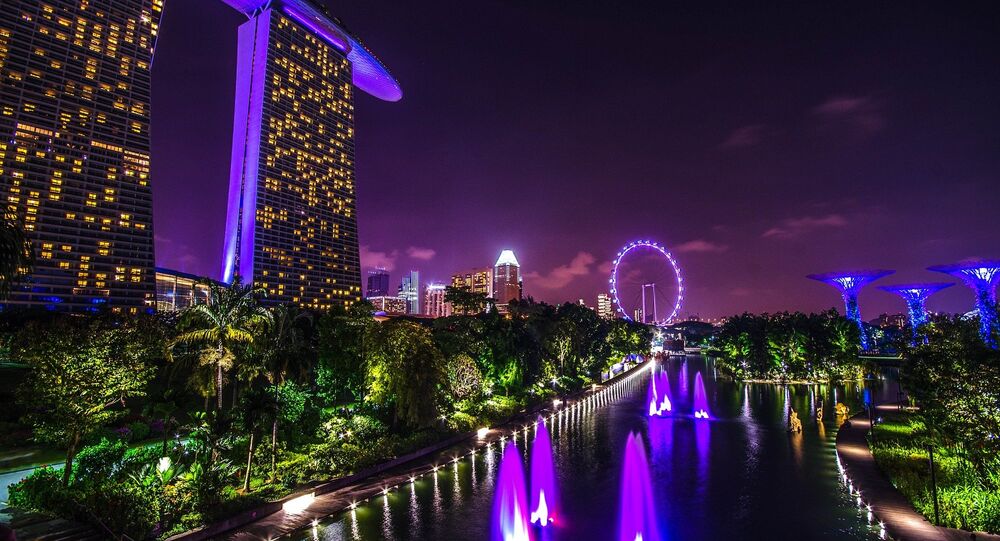 New Delhi (Sputnik): In the month of April, India’s foreign trade fell sharply due to the COVID-19 pandemic and the resulting lockdown. Merchandise exports in the month of April fell 6.28 percent to $10.36 billion compared with April 2019. Imports too met the same fate falling 58.65 percent.

According to an analysis report released by EEPC India, a prominent trade and investment promotion organisation, out of the top 25 destinations only China and Singapore achieved positive year-on-year growth in engineering exports, while the remainer saw a massive contraction of up to 91 percent in some cases due to the disruptive impact of the COVID-19 pandemic.

"The US has been our number one market, while the United Arab Emirates, European Union, and some our neighbouring SAARC nations were major destinations for us. But then, numbers have been turned on their head, under the COVID-19 impact. Even as the world's economies are trying hard to reopen, it will be a long time before exports can reach a level of reassurance", EEPC India Chairman Mr Ravi Sehgal said.

The analysis reveals that Singapore has replaced the US as the number one destination for Indian engineering exports. The second position, just one more positive market, was China, the analysis noted.

Engineering shipments to the US tanked 75 percent to $222 million in April of this year compared with $883 million in April 2019. "The maximum damage of lockdown and restrictions was seen in despatches to Nepal, by as much as 91 percent, from $222 million to a mere $19 million. A similar picture was visible with regard to Mexico, dropping year-on-year by 91 percent from $189 million to $17 million", EEPC said. Meanwhile, India’s total engineering exports declined by 63.93 percent in April to $2.31 billion versus $6.41 billion in the corresponding month of 2019.