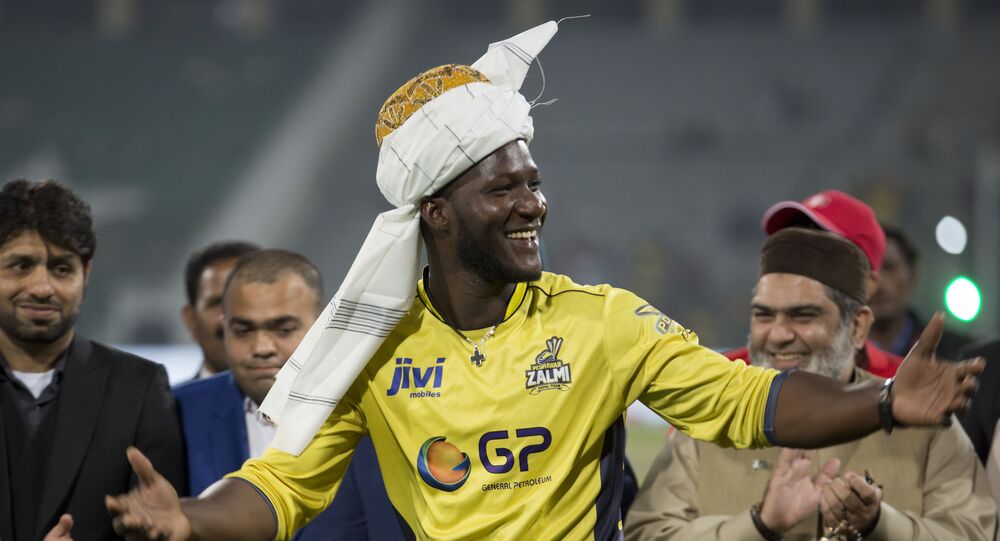 New Delhi (Sputnik): The death of African American George Floyd who was pinned down and suffocated by a white US cop has triggered countrywide protests in support of the "Black Lives Matter" movement against racism and police brutality, leading to violence and riots.

Former West Indies captain Darren Sammy has released a video to reveal that he suffered from racism during a cricket match in India, in an incident which is said to have occurred at the Indian Premier League's Sunrisers Hyderabad franchise.

In an Instagram post, Sammy alleged that he along with Sri Lankan player Thisara Perera were called "Kalu", meaning "Black" when they were playing for Sunrisers Hyderabad.

"I was listening to an Indian-American comedian, Hasan Minhaj, talking about how some of the people in his culture describe black people. Now, this doesn't apply to everybody but I say this because of something I experienced", Sammy said in the Instagram post.

He further stated after listening to Minhaj, it made him angry as that was the word used to describe black people and it is degrading.

"Minhaj video made me remember my days when I was playing for Sunrisers Hyderabad during the year 2013 and 2014 and was being called the exact same word which Minhaj described to be degrading to black people", Sammy said.

So recently I discovered a word that I was being called was not what it actually meant I need some answers. So before I start calling out names I need these individuals to reach out and please tell me there’s another meaning to that word and when I was being called it,it was all in love. #blackandproud #blackandconfident #clarasboy #saynotoracism #stopracism #cricketer #stlucia

"I actually thought it meant strong stallion and had no problem with it as I was ignorant of the fact that I didn't know what it meant. And every time I was called that everyone laughed, so I thought that it meant something funny", Sammy explained.

© AP Photo / Aijaz Rahi
‘Brown’ Cricketer Hardik Pandya’s Engagement to ‘White’ Actress Shows Dark Side of Racism in India
The former skipper said it was degrading and people should understand his frustration and anger when he found that it wasn't funny at all.

"Those who called me that should reach out to me on Instagram, Twitter, or my personal number and clear the matter. I deserve an apology as I considered all of you as my brothers. It is important to take a stand against all racial injustice. Everyone around the world is standing against racial discrimination", Sammy said.

The video by the former Windies skipper has been released at a time when people in different parts of the world are standing together against racism after the death of African American George Floyd who died in police custody after a Minneapolis police officer knelt on his neck for several minutes. The police were called in by a store owner who alleged that Floyd had tried to pay using counterfeit money.