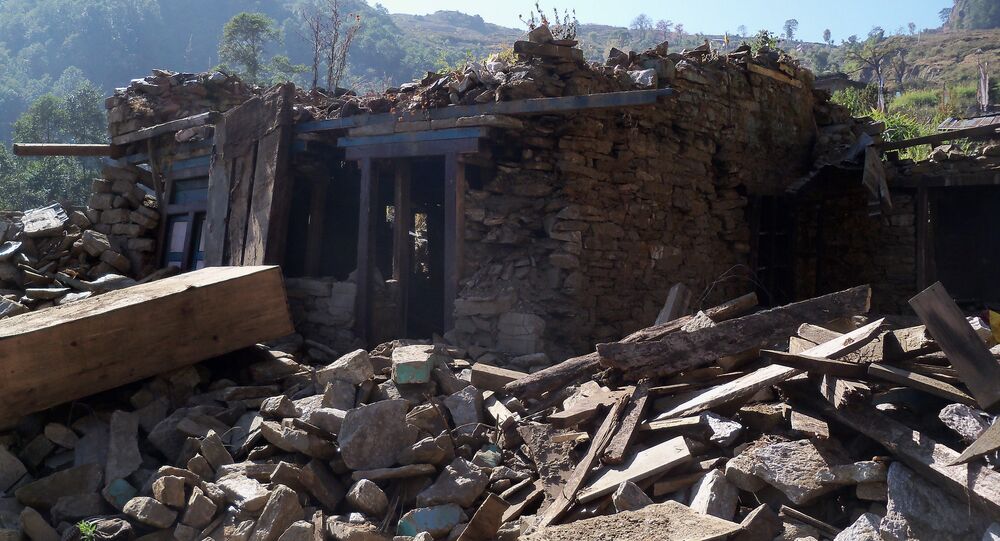 New Delhi (Sputnik): The relationship between New Delhi and Kathmandu went downhill last month when India inaugurated a strategic 80km road along the 17,060-foot-high Lipulekh Pass at the tri-junction of India, China, and Nepal. India has been accused by Nepal of occupying its territory.

Just as Nepal is expected to host a large delegation of personnel from the medical unit of China’s People’s Liberation Army to deal with the threat of the COVID-19 pandemic, India has decided to take up civil infrastructure works in seven districts of Nepal.

The announcement to take up post-earthquake reconstruction works in Nepal comes amid its request to hold foreign secretary-level talks to resolve the border dispute related to the north-western part that connects India to Tibet.

56 schools ranging across the hilly districts of Nepal that were destroyed in the 2015 earthquake will be reconstructed as per the Oli government’s norms for earthquake-resilient reconstruction.

After a month of being in a border dispute following the inauguration of a strategically important road along the Lipulekh Pass, the announcement has come as a positive development. Prime Minister K.P. Sharma Oli assured citizens of throwing Indian security personnel from Nepalese territory that “was under acquisition of India since 1962 India-China war”.

India issued an all-new political map in November 2019 when it showed Kalapani, along with Pakistan-administered Kashmir and China-administered Aksai Chin, as its territory. Following India’s action, Nepal expressed deep concerns over the act, but the dispute aggravated to a “very serious” level when Indian Defence Minister Rajnath Singh inaugurated the Lipulekh road amid the COVID-19 pandemic.

Nepal’s political parties unequivocally criticised the decision and asked to come to the table sooner to resolve the dispute. On 9 June, the lower house of Nepal's parliament will take up the Second Constitution Amendment Bill to give legal status to an updated political map of the country claiming Lipulekh and Kalapani as its own.

Meanwhile, China, which is in a border stand-off with India, has been a helpful neighbour to Nepal by providing medical assistance in dealing with the nation's COVID-19 outbreak that has 3,448 cases so far. Now Nepal is likely to host a delegation of personnel from the medical unit of China’s People’s Liberation Army for a week. Chinese military transport aircraft also arrived in Kathmandu with relief materials in May of this year.