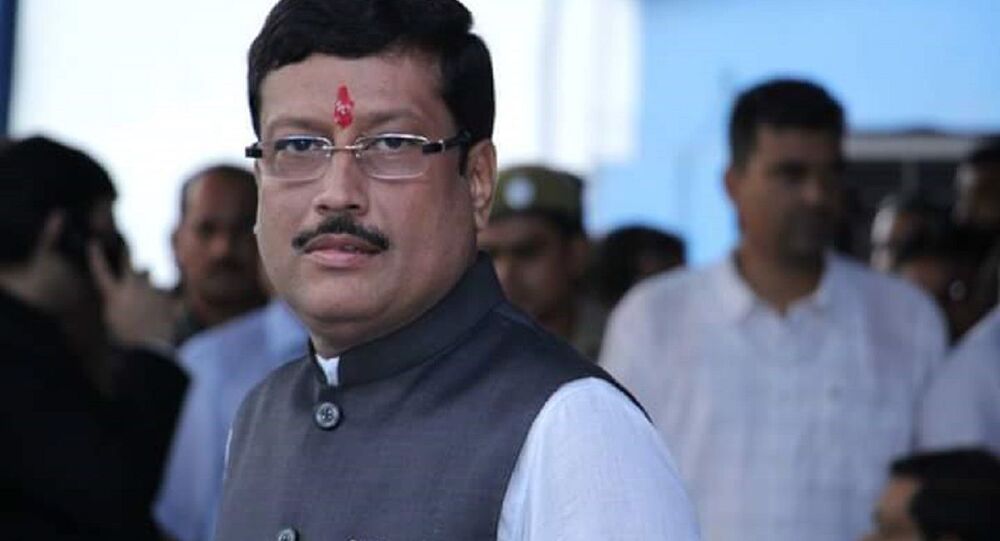 New Delhi (Sputnik): Narendra Modi's Bharatiya Janata Party (BJP) has been gaining significant popularity in West Bengal, otherwise considered as a left-wing bastion. As the assembly election is impending in the state in 2021, the governing Trinamool Congress is leaving no stone unturned to retain power for a third consecutive term.

In an incident of political violence amid the coronavirus crisis in West Bengal, a senior BJP politician and lawmaker, Sabyasachi Dutta, was recorded on camera getting thrashed, allegedly by political opponents who reportedly belong to Trinamool Congress (TMC), on Monday.

Dutta, the secretary of the state's BJP unit, was attacked in front of policemen present at the spot. He was visiting a party worker who had recovered from COVID-19 when the violent crowd surrounded him and chanted “go back” slogans.

Political tension has heightened in the state, with more violence anticipated in the wake of this incident which took place in the Laketown area.

Savyasachi Dutta & other BJP leaders are brutally beaten in front of Laketown P.S. by TMC goons. All senior police officers are standing still & watched the assault. They have gone to PS to lodge complaint against TMC .@BJP4Bengal @KailashOnline @KhanSaumitra @MukulR_Official pic.twitter.com/lQaFOBJz10

"While returning from Lake Town, a few TMC activists hurled abuses at me and thrashed me. When my security officer (PSO) tried to stop them, he, too, was beaten up. They even ransacked my car and broke the window panes", Dutta, who switched from TMC to BJP in October last year, told media.

He claimed that TMC supporters have been threatening one of his party workers and even disconnected the electricity connection.

The TMC, however, refuted the allegations and said that Dutta had made an objectionable comment while distributing masks in the area.

“I strongly condemn the attack on Dutta and other BJP workers by TMC hoodlums. What is revealing is that it happened in front of a Police Station with the police opting to be mute spectators. This is the state of democracy in Mamta Banerjee‘s jungle raj”, Swapan Dasgupta said.

The violent incident was reported a day ahead of Home Minister Amit Shah’s address to the people of Bengal on 9 June.

West Bengal has witnessed a series of violent incidents allegedly connected with political rivalry, pitting Trinamool Congress against the BJP, which controls the national legislature. The rivalry gained momentum after the BJP wrested half of the parliamentary constituency from the TMC in 2019 General Elections. In February this year, the TMC accused BJP of killing their party members in the city of Burdhwan. A party worker identified as Rathin Biswas was shot dead by unknown assailants.