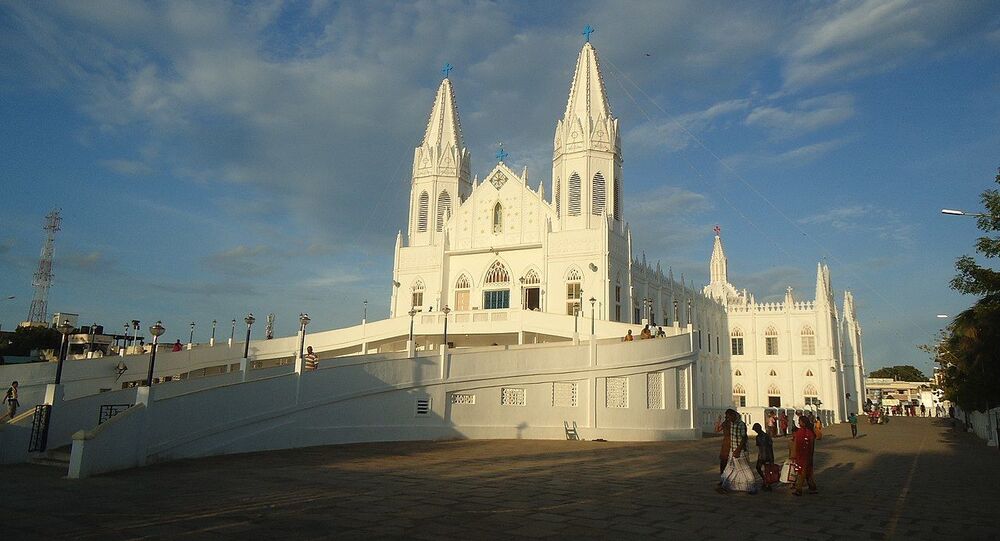 New Delhi (Sputnik): India has issued a new set of guidelines, as the government announced a phased reopening of the nation starting 1 June, with the restrictions poised to continue strictly in containment zones demarcated by state governments. The movement of people from 9 p.m. to 5 a.m. IST will remain restricted.

Religious places and shopping malls in India reopened on Monday for the first time since 25 March, following a phased reopening of the lockdown, despite the country registering the highest single-day hike in the number of coronavirus cases.

The decision to open malls and religious places comes a day after the country’s total tally of patients surpassed Italy and Spain to ascend to fifth place. The cumulative caseload of COVID-19 as of Monday was 256,611, with the addition of 9,983 cases in the last 24 hours, according to the federal Health Ministry.

In the national capital, several prominent Hindu, Muslim, and Christian shrines opened after remaining closed for 75 days, like the temple Sai Baba on Lodhi Road, Fatehpur Masjid in the old city, and the Church of Velankanni in the Khan Market area.

Delhi: Sai Baba Mandir in Lodhi road area reopens for devotees, as the Ministry of Home Affairs has allowed opening of places of worship from today. pic.twitter.com/3lWrJFZ73x

Delhi: Fatehpuri Masjid reopens for devotees as the Ministry of Home Affairs has allowed the opening of places of worship from today with certain precautionary measures amid #COVID19 outbreak. pic.twitter.com/mUftR8wsik

Delhi: Shrine of Velankanni in Khan Market reopens for devotees from today. Marks have been made on the floor to maintain social distancing in the church. #UNLOCK1 pic.twitter.com/v2JsHfUObS

​At a Hindu shrine in central Delhi, a man dressed up as "Hanuman", the monkey god, danced to the tune of drums as the temple was opened after 75 days.

#WATCH Delhi: A man dressed as 'Hanuman' dances to the tune of Dhol at Hanuman Temple near Connaught Place. pic.twitter.com/2UhxclfZVA

​In northern Punjab, the most revered shrine for Sikhs, the Golden Temple, also opened to the public to offer prayers, strictly following the guidelines issued by the federal Home Ministry.

​In Gorakhpur, ascetic Chief of Uttar Pradesh Yogi Adityanath offered prayers at the famous Gorakhnath Temple. Adityanath is also the patron of the temple.

Government has allowed re-opening of places of worship from today. pic.twitter.com/tugUioZ59h

Lucknow: People offer prayers at Eidgah Mosque as Government has allowed places of worship to reopen from today.
As per Ministry of Health guidelines, touching of idols/holy books, choir/singing groups, etc are not allowed. pic.twitter.com/rtcyE7B3Dd

​The Tirumala Temple in Tirupathi, Andhra Pradesh was given a floral decoration on the first day of reopening after the lockdown.

​In southern state of Karnataka, places of worship were opened for the first time since the lockdown began like the Sharana Basaveshwara Temple in Kalaburagi and Saint Mary’s Church in the capital Bengaluru.

Places of worship re-open from today amid #COVID19 outbreak, following the orders of the Ministry of Home Affairs. pic.twitter.com/BDRNTnGskz

​Shopping malls in several states and the national capital Delhi were opened on Monday, while for many other places, they will reopen on 30 June.

“Restricted customer entry norms shall be implemented as per the norms, prevailing from time to time. Wherever possible, the option of scheduling customers will be implemented, giving real-time details of total customers present in the shopping centre. A norm of 75 sq ft per person will be strictly implemented and monitored on a real-time basis based on entry and exit data. Citizens above the age of 65 and below the age of 10 and pregnant ladies will be discouraged from entering the mall", Amitabh Taneja, Chairman of the Shopping Centres Association of India told Sputnik.

Taneja said malls would function at 50-percent strength until further notice and all employees would be screened before being allowed entry to the mall.

The federal Home Ministry, while issuing fresh guidelines for phase-wise opening of the lockdown had said the reopening would have an “economic focus”.