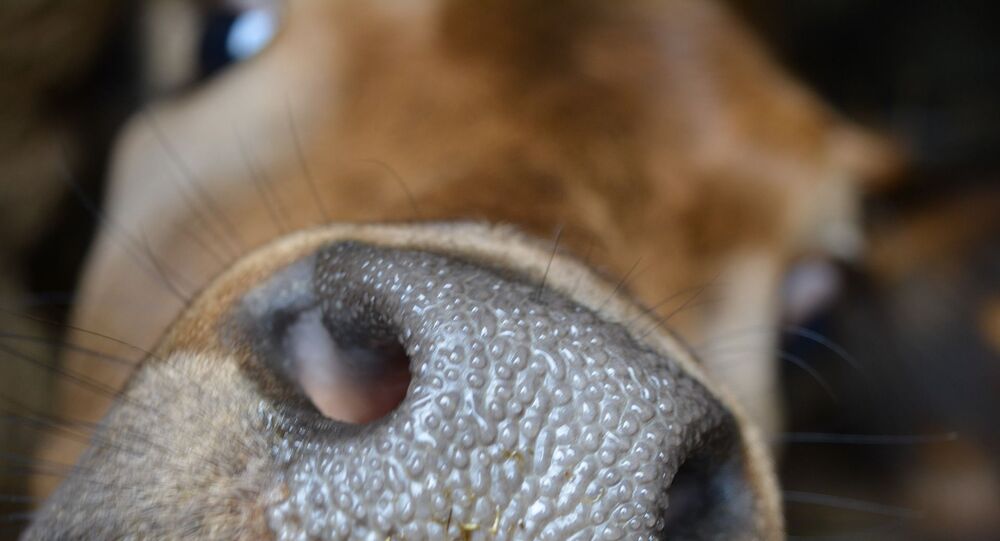 New Delhi (Sputnik): The recent death of a 15-year-old pregnant elephant, which was suspected of consuming a pineapple stuffed with firecrackers in the Indian state of Kerala, has triggered nationwide outrage and demands for action against the culprits. Kerala police have arrested a man in connection with the elephant killing.

In a similar incident to the killing of a pregnant elephant which shocked India, a pregnant cow had her mouth blown off after allegedly consuming firecrackers wrapped in wheat flour in India's Himachal Pradesh state, police said on Saturday.

A video related to the incident, which has gone viral on social media, shows the owner of the pregnant cow blaming miscreants for her injury after they made her eat wheat flour stuffed with explosives. The cow can be seen bleeding profusely from her mouth. The owner also stated that she has not been able to eat since the incident, and demanded that strict action be taken against the animal's abusers.

*Warning Graphic Content*
A 8-month pregnant cow's mouth blew off when it chewed on the explosive while grazing in the neighbourhood field. Owner Gurdial Singh accused his neighbour Nandlal for feeding country made bomb to cow. Unlike, Kerala Incident, there is no outrage in this pic.twitter.com/sHIJ4sZXPC

According to the police, the incident took place on 26 May in the Bilaspur district of Himachal Pradesh.

“The cow got injured after consuming a wheat flour ball stuffed with a highly explosive firecracker which detonated when the cow chewed it. Her mouth has been severely damaged. We have registered a case under the Prevention of Cruelty to Animals Act and are investigating the matter,” said Divakar Sharma, Superintendent of Police of Bilaspur district.

As per the forest officials, farmers across the country have set up snares fashioned from eatable items stuffed with explosives; the measure is primarily used to drive away wild boars, which often destroy their crops.

The incident has led Twitter users to denounce it as a ‘Loss of humanity’ as they have not yet come to terms with the killing of the pregnant elephant in Kerala.

We Lost the humanity. 😠
This simply shouldn’t have happened—whoever did this is HEARTLESS.