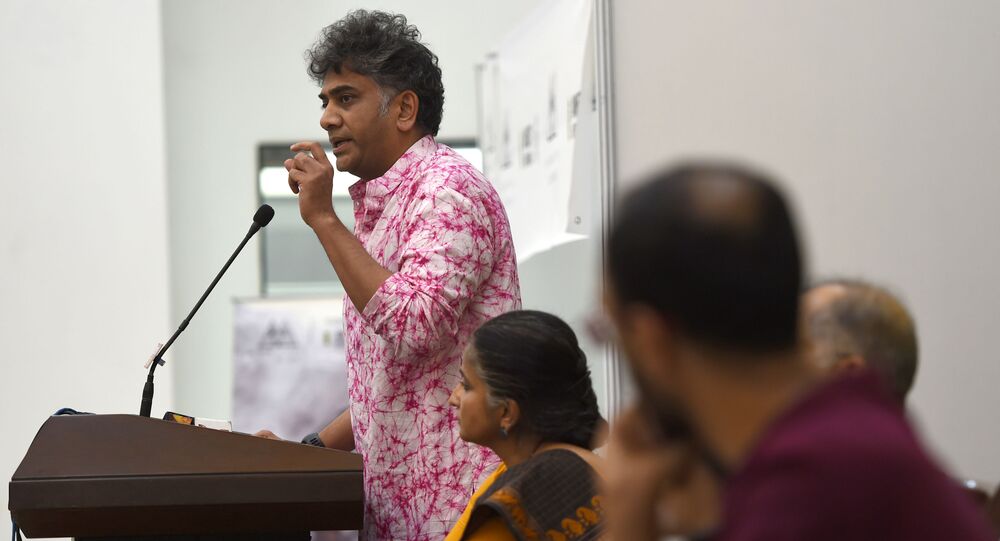 New Delhi (Sputnik): Overthe past week, several Indian actors and social activists expressed their solidarity with the #BlackLivesMatter movement on social media. Support for the movement has also invited protests like those in the US, to draw attention to the alleged mistreatment of minorities in India.

Bengaluru police have booked an Indian writer, journalist and former Amnesty International official Aakar Patel, for allegedly provoking people from minority communities to launch a nationwide protest in a post on Twitter.

Patel had retweeted video clips of protests posted by The Colorado Times Recorder showing thousands of people gathering near Colorado’s Capitol Building to protest against the killing of African-American George Floyd by police. However, Patel added a comment while retweeting the video, saying: “we need protests like these from Dalits, Muslims, Adivasis, the poor and women. The world will notice. Protest is a craft.”

“We took cognisance of the post and booked him for instigating and provoking people belonging to minority communities to organise similar protests in India. We are monitoring people’s reactions to the US violence protests and an investigation is underway,” said a senior officer from the Bengaluru police.

Police has booked Patel under section 505(1b) (with intent to cause, or which is likely to cause, fear or alarm to the public, or to any section of the public whereby any person may be induced to commit an offence against the State or against the public tranquillity), 153 (Giving provocation with intent to cause riot) and 117 (abetting the commission of an offence by the public or by more than 10 people) of the Indian Penal Code (IPC).
Reacting to the case registered against him, Patel stated that he doesn’t think that the case would lead to anything and at first it should not have been registered.
Floyd was accused of using counterfeit money to buy a pack of cigarettes, and died due to his brutal treatment at the hands of his arresting oifficers. Since Floyd's murder at the hands of Minneapolis police, thousands of people have taken to the streets across the US and held a massive protest. many incidents of violence and riots have been reported.