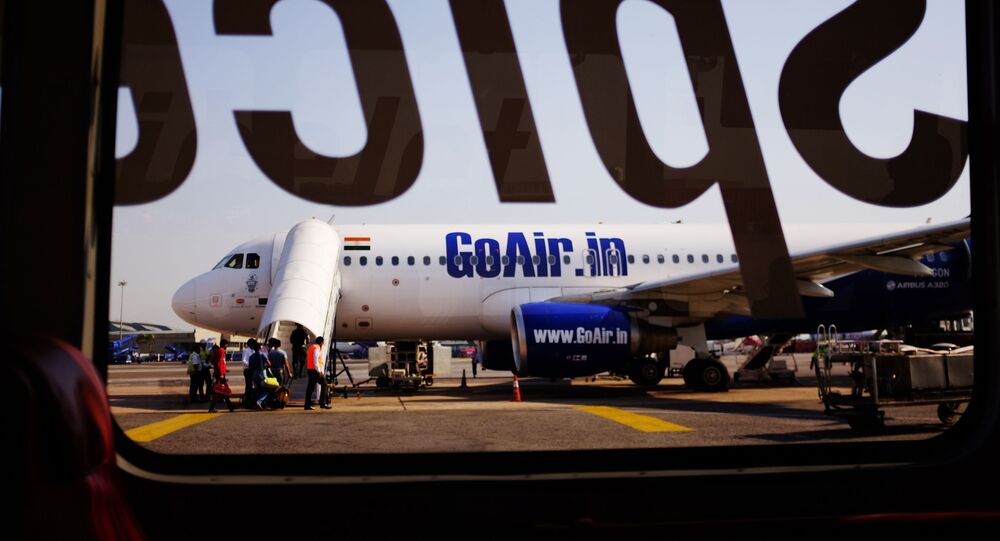 New Delhi (Sputnik): At the start of the year, India witnessed unprecedented communal violence in New Delhi. What started with India’s refreshed Citizenship Amendment Act – deemed discriminatory by Muslims – has become even worse amid the Corona-scare.

Asif Khan, a cabin crew member with one of India's low-cost airlines, has got himself into hot water online by painting a graphically inappropriate picture of the Goddess Sita of Hindu Mythology who, according to Hindu scriptures once ruled over modern day Sri Lanka.

Tagging the post as a testimony to “Hinduphobia” – several netizens have demanded that GoAir terminate Khan with immediate effect, and provide an official apology to their Hindu customers.

Since then #BoycottGoAir has gone viral on Twitter, with internet users calling for action against Khan for triggering the religious sentiments of the Hindu community. Indian Aviation Minister Hardeep Singh Puri is also being tagged in these posts, in a bid to grab his attention.

“How hate-mongers like him can be crew member of an airline. What about security of that airline if he reacted with frustration having such filth in his mind, who will be responsible? Strict action should be taken @goairlinesindia @DrPramodPSawant @HardeepSPuri” Rajwardhan Gawde – a lawyer who goes by the handle of @being_vakeel wrote on Twitter.

“Only treatment for employer like @goairlinesindia is to #BoycottGoAir till they respond and take action against such ppl. Bharat will not tolerate this nonsense anymore,” Air Force veteran KS Chouhan tweeted from his handle @Chouhan_ks.

When people with such filthy mindset are employed as cabin crew - will it not create serious doubts among the passengers?

Abusing Hindu Gods will not be tolerated under the garb of secularism. pic.twitter.com/ao7ScPONTv

​Reacting to the severe backlash, GoAir issued an official statement saying they were investigating if Khan was even associated with the airline in the first place.

In January, communal violence erupted in Delhi and other parts of India after after Narendra Modi’s ruling government passed the Citizenship Amendment Act (CAA) in December 2019. The CAA grants citizenship to every community except Muslims from neighboring Pakistan, Afghanistan, and Bangladesh.

Another powerful experince at #ShaheenBaghProtest today with heavy rainfall.

Everyone was sad about #DelhiViolence but 100% determined about #NRC_CAA_NPR protest🤘#DelhiViolance was not hindu-muslim riot. Goons attacked the innocent to suppress the non violent protestors. pic.twitter.com/acSmOFIAid

​Later, the Muslim community in India faced a backlash for spreading coronavirus, after hundreds of Islamic scholars gathered in Delhi for a religious congregation Tabhighi Jamaat and contracted the virus.

In a fresh development, India's Home Ministry has blacklisted 960  Tablighi Jamaat activists who took part in the congregation.