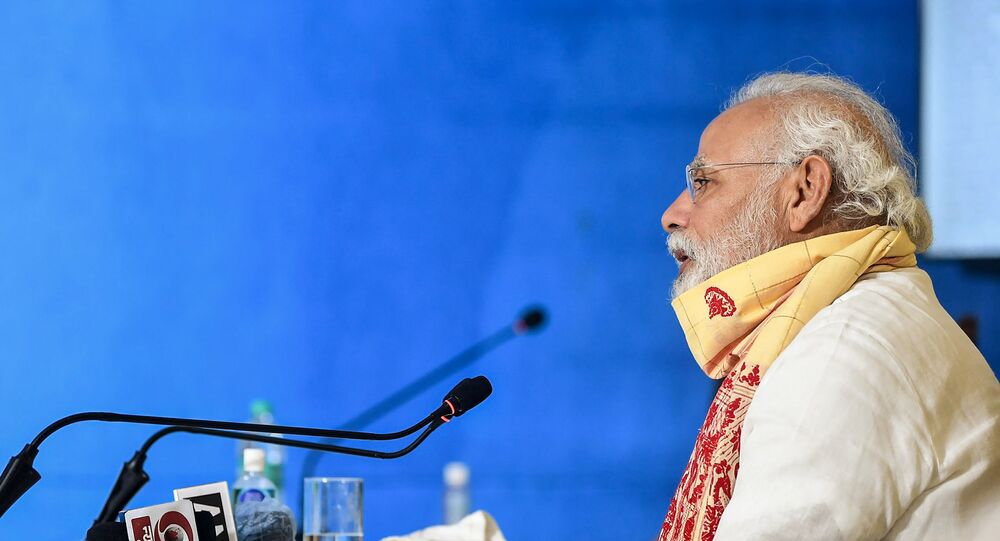 New Delhi (Sputnik): Indian Prime Minister Narendra Modi launched his Prime Minister's Citizen Assistance and Relief in Emergency (PM CARES) fund in late March, when COVID-19 cases in India started to register a significant growth. Modi appealed to Indians to contribute to the fund to support the fight against COVID-19.

The controversy around India's dedicated COVID-19 relief fund - PMCARES - has intensified after a plea was filed in the Delhi High Court on Thursday asking the court to direct the trustees of the fund to go public with details of the money received and how it was utilised.

The plea comes after the Prime Minister’s Office stated on 30 May that the PM CARES fund lies outside the jurisdiction of “public authority” and the Right To Information Act - an Indian transparency law which empowers citizens to seek information from state or federal government departments and offices. The PMO's reply came in response to an RTI plea filed asking for details of the PM CARES fund.

“PM CARES Fund is not a Public Authority under the ambit of Section 2(h) of the RTI Act, 2005. However, relevant information in respect of PM CARES Fund may be seen on the Website – pmcares.gov.in.", the reply said.

In a fresh plea to the Delhi High Court, the petitioner refuted this argument stating that any body "controlled, owned or substantially financed by government qualifies as public authority as per the transparency law".

The main opposition in India has questioned the establishment of a separate COVID-19 fund when the Prime Minister’s National Relief Fund (PMNRF) already exists for to provide disaster relief.

Former chief of India's Congress party, Rahul Gandhi, had demanded an audit of PMCARES stating that the fund received huge contributions from Public Sector Undertakings (PSUs) and the Railways.

The #PmCares fund has received huge contributions from PSUs & major public utilities like the Railways.

It’s important that PM ensures the fund is audited & that the record of money received and spent is available to the public.

​With the launch of the assistance and emergency fund on 28 March, several business tycoons and celebrities donated generously to the fund. India's richest man Mukesh Ambani donated $65 million. The Prime Minister said that the fund would also help in preventing similar crisis situations in the future.

People from all walks of life expressed their desire to donate to India’s war against COVID-19.

Respecting that spirit, the Prime Minister’s Citizen Assistance and Relief in Emergency Situations Fund has been constituted. This will go a long way in creating a healthier India.