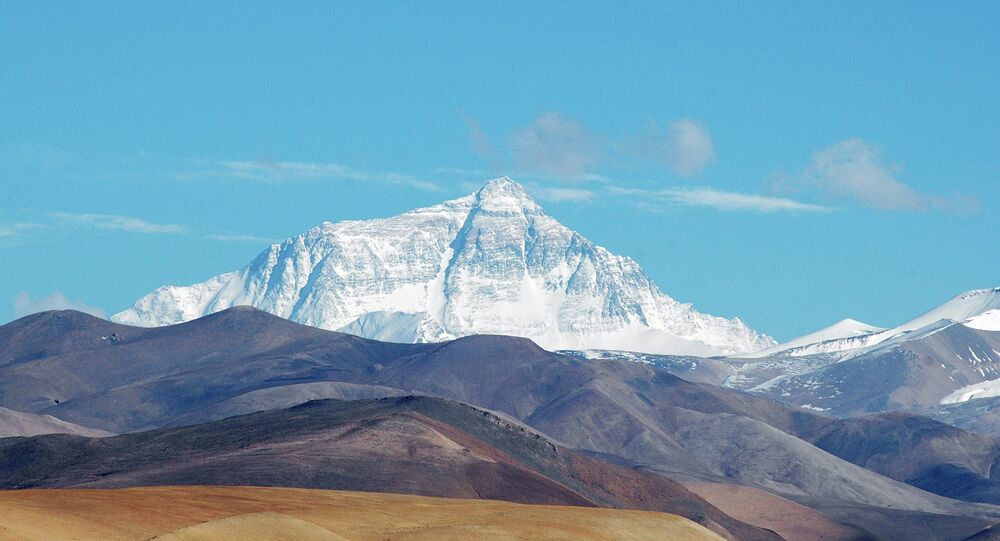 The sudden decision of Nepal’s communist government to alter the country’s map amid a border dispute with India is seen as attempt to quell internal bickering within the ruling coalition.

“Prime Minister of Nepal K.P.Oli Sharma appears to be facing a tremendous rebellion within his own party. The possibility of using this issue to consolidate his position and whip up nationalist sentiment to placate his detractors cannot be ruled out,” Sheshadri Chari, a Geo-Political Analyst with Department of Geopolitics and International Relations, Manipal University in Mangalore told Sputnik.

Chari said the border issue at the tri-junction of Lipulekh, Kalapani and Limpiyadhura is an unresolved question. New Delhi had raised it till 2008-2009 but the political uncertainty in Kathmandu delayed any resolution. India had also impressed upon previous governments in Nepal the importance of the strategic and security aspects of the tri-junction for India.

Diplomatic tension between India and Nepal began after Defence Minister Rajnath Singh opened a newly constructed road to Kailash Mansarovar – a lake on Mount Kailash in the Himalayas, believed to be the abode of one of the Hindu trinities – Lord Shiva. Besides Hindus, it is considered sacred for the Buddhist and Jain religions. The road goes through a territory which Kathmandu claims is disputed.

Chari says the decision to construct the strategically-important road was taken in 2005 during the time of then-Prime Minister Dr. Manmohan Singh.

“For close to 15  years Nepal never protested or raised this issue. The road is very much within Indian Territory and yet New Delhi had informed Nepal about it. In earlier border meetings, even China was informed of this road,” claimed Chari.

“The immediate factor for kicking up the row is political. There is an internal rebellion in the ruling Communist Party of Nepal, which has three factions – led by Pushpa Kamal Dahal (popularly known as Prachanda), Madhav Kumar Nepal, and Prime Minister K.P. Oli Sharma. Oli has stoked nationalistic sentiments suddenly to buy time and remain in power for five years, as recently the other two factions planned to oust him from the Prime Ministership, with the help of some key members of his own faction. It was just a matter of time,” said Himendra Mohan Kumar, Senior Editor of the Kathmandu Post.

Kumar, however, also blamed New Delhi for the lingering dispute. He says India has been interfering in the internal affairs of Nepal for too long.

“Politically India shouldn’t have got involved. This is something India has been doing ever since 1950, which was resented by the Nepalis. India’s envoy to Nepal was acting like a Viceroy,” he said.

India has a special relationship with Nepal, and both had signed a ‘Treaty of Peace and Friendship’ in 1950.  According to the treaty, Delhi granted permission to Nepal to import arms, ammunition and military equipment from or through the territory of India for the security of the Himalayan nation.

The countries have also granted each other's citizens non-discriminatory residence privileges, and the right to own property, participate in trade and commerce, freedom of movement and other privileges of a similar nature.

Chari said that while Nepal is free to do business with any country of its choosing, “it should not surrender its seminal position as a non-aligned country” between India and China.

“India wishes that Nepal is able to prosper on a model that suits it best. But New Delhi also expects Kathmandu  to assure India that its soil will not be allowed to be used for anti-India activities and that Nepal will not do anything that jeopardises India’s security,” suggested Chari.

Genesis of the India-Nepal Border Dispute

The bone of contention between India and Nepal is a territory known as the Kalapani-Limpiadhura-Lipulekh tri-junction between Nepal-India and the Tibetan Autonomous Territory (China). The territory lies at the eastern border of Uttarkhand state in India and Nepal's Sudurpaschim Pradesh in the west.

India claims the area is part of Uttarakhand’s Pithoragarh district, while Nepal believes it is part of its Dharchula district.

The dispute dates back to British India, when the colonial government fought a war with Nepal in 1814 to free regions that were annexed by Nepal's then-ruler. The British were able to evict the Nepalese from Garhwal and Kumaon region of Uttarakhand in the west.

In 1815 both the countries signed a treaty known as Sugauli Treaty, which delimited the boundaries of Nepal as its stands today. According to the treaty, the Kali River in the region marked the western border of Nepal. But the dispute arose as there was no consensus on the precise location of the river Kali, as it tends to shift its course over time.

Nepal only disputed the border issue for the first time in 1998.  It wanted to shift the western border of the country 5.5 kilometres westward to coincide with the borders as decided in the treaty of Sugauli.

India however, argued that the area of Kalapani was traditionally under its territory and administered by Pithoragarh district in Uttarakhand.

The new passable road unveiled by India in early May brings the Kailash Mansarovar closer, as it avoids a difficult trek of 90 kilometres up to the Chinese border.

The pilgrimage is organised by India’s External Affairs Ministry, usually during the summer months – June to September. The travel is organised through two different routes – one through Lipulekh Pass in Uttarakhand and the second through Nathu La Pass in Sikkim.

India facilitates the travel of around 800 pilgrims every year as it involves trekking at high altitudes under inhospitable conditions and hazardous terrain, especially for those who are not physically or medically fit.