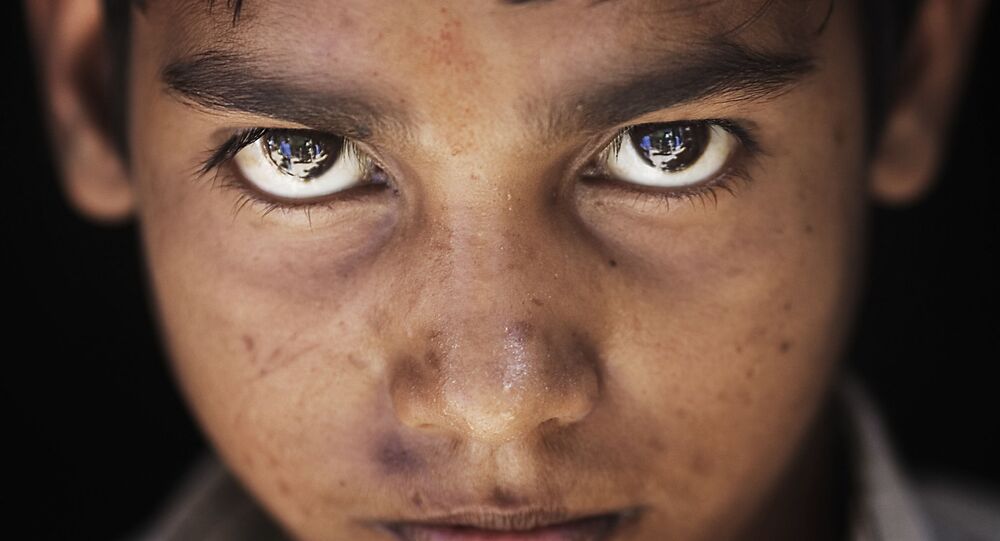 UNICEF Lists 30 Ways in Which Parents Physically, Verbally Abuse Their Kids in India

New Delhi (Sputnik): In India, inculcating basic discipline and regular study habits in kids often comes along with physical and verbal abuse from the parents' end. More often than not, these common practices by parents leave a deep and lasting impact on the emotional and mental memory of kids in the country.

The United Nation’s child welfare organisation UNICEF has listed at least 30 physical and verbal ways that parents in India abuse their kids on a daily basis, which, in critical situations like the ongoing virus outbreak, could disturb and wound the child severely, in physical and emotional ways.

“Our (previous) experience in Ebola crisis shows us that young children are more likely to experience violence, abuse and neglect as families struggle to cope, that could have a lifelong impact on them”, Dr Yasmin Ali Haque, UNICEF's representative in India, noted regarding a recent report titled “Parenting Matters: Examining Parenting Approaches and Practices”.

Burning, pinching, slapping, beating with tools like sticks, belts, and rods add up to physical abuse. On the other hand, blaming, criticising, shouting, and use of foul language are all part of mental and emotional abuses – which also includes restricting movement, denying food, discrimination, and instilling fear.

“When a child experiences physical or emotional abuse, neglect, exposure to violence, or burdens of economic hardship, without adult support, this triggers their stress response. Prolonged stress can have a lasting impact on an individual’s physical and mental health—for a lifetime”, UNICEF noted in its report.

The report suggests that measures of positive parenting are a must in the proper growth of kids.

Indians have been under a nationwide lockdown for almost three months as a preventive measure against the further spread of COVID-19 in the country. Parents and kids have been working and studying from home. The mental health of a majority of people during these crucial times is being negatively affected by stress over jobs, finances, recession, and the lack of a social life.

At this time, UNICEF has specifically asked parents to handle their kids with care.

“In times of shock, services to support young children are often not prioritized and end up being overlooked, leading to young children being disproportionately affected. Already scarce resources will likely be diverted to the pandemic response. Along with governments, families and communities also need to understand their role and importance of building a nurturing and protective environment for children”, the report added.

Videos of Indian elders lashing their kids over studies, notorious activities, as well as basic complaints from neighbours, relatives, and teachers often make their way onto social media.

Someone please take this child outta this place ASAP. The cruelty some women inflict on their maids no matter how small she is, is unbelievable. This woman should be traced and punished and told what a horrible piece of s*it she is. pic.twitter.com/0sCqpp3GSF

Guy slapping Hindu children without any reason. Is it a crime to be born Hindu in India?

We #Hindus are responsible for this. As Hindu parents chose to send kids to Christian or Muslim Schools instead of Hindu Schools.@PrakashJavdekar @rashtrapatibhvn
Recd on FB pic.twitter.com/JTtoVoLPVP

​Present day Indian millennials, a majority of whom have grown up enduring these forms of verbal and physical abuse at home, where parents looked at violence and abuse as basic disciplinary techniques, are more sensitive than the previous generation. Younger Indian parents are prioritising the overall mental, emotional, and physical development of their kids rather than choosing violent and scarring measures like their parents did.