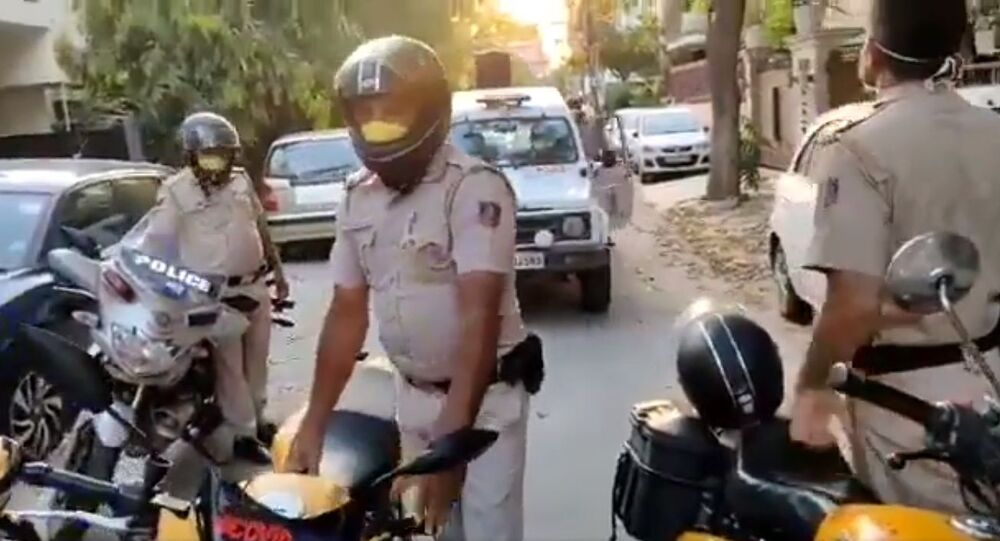 New Delhi (Sputnik): On Sunday, two officials of the High Commission of Pakistan in New Delhi were apprehended after they were allegedly found engaged in espionage-related activities. According to the police, the two accused were identified as Abid Hussain and Tahir Khan.

An investigation into the two apprehended officials in the Pakistani High Commission espionage case has revealed that the real motive was to lure and trap the railway staff and then acquire information about the movement of army units and defence equipment, like tanks and artillery via trains, officials of the Delhi Police said on Monday.

According to the police, it has emerged that one of the accused, Abid Hussain, operated under several fake identities to lure persons working in organisations and departments of his interest.

“Hussain posed by the name Gautam, a brother of a media person, to establish contact with an individual working in Indian Railways. He tried to gain his confidence by pretending that he needed information about rail movements for his brother who was supposedly doing a story on Indian Railways and for which he was willing to pay money”, said a senior police officer of the Delhi Police related to the case.

On Sunday, the Indian government declared both officials personae non gratae for engaging in activities incompatible with their status as members of a diplomatic mission.

Sources in the police on Sunday had revealed that the two accused worked in the visa section of the Pakistani High Commission in New Delhi and were caught in a meeting trying to procure confidential documents pertaining to the Indian Armed Forces. Investigating officials recovered documents along with $200 and two iPhones, as well as fake biometric identification numbers.

Indian Railways remains one of the core modes of transportation for defence personnel and hardware.