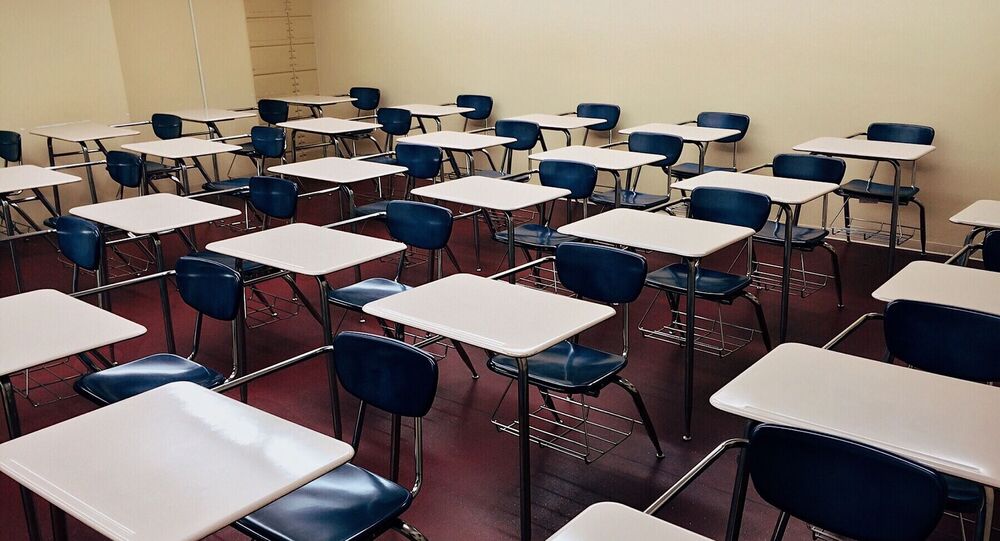 New Delhi (Sputnik): On Saturday, India’s Ministry of Home Affairs stated that the reopening of schools and colleges will be undertaken in July in consultation with states and union territories. State governments and UT administrations are being advised to hold consultations at the institution level with parents and other stakeholders.

As the Prime Minister Narendra Modi-led government has indicated that it might consider reopening schools and colleges soon, the move is evoking deep resentment in numerous places. Many parents believe sending their children to study amid the COVID-19 pandemic is akin to playing with fire.

Opposing the central government’s suggestion, a section of parents contend that it's better to drop an academic year than expose their kids to the contagious virus.

Speaking to Sputnik, several parents and parents’ associations found it to be a dangerous idea, as it relates to risking their children being exposed to COVID-19.

“It is like one of the worst decisions from the government. We urge them to reconsider opening of schools and colleges. E-learning is a little difficult but our children are safe at home. As parents we are doing everything possible to keep our children safe, especially the younger ones”, Manoj Kataria, the treasurer of a parents' association in Delhi’s neighbouring city Noida said.

Some parents raised concern about a situation in which children would not be able to maintain physical distancing and properly sanitise their hands.

“In school, children will play with each other's mask and will have to use the same washroom. Social distancing is also not possible and it will be difficult for a teacher to handle 40-50 students at a time”, said Shashank Agarwal, a Delhi-based businessman and father of an 11-year-old.

There were others who looked determined to not send their kids to school until there are zero cases in the state and country.

“I would prefer my children to waste an academic year rather than risking their lives. I would not send my kids even if the authorities reopen the institutes. If online classes provide for 50% education then that would be sufficient”, said Vaibhavi Mehta, a mother of two children in Mumbai city in Maharashtra.

Parents have started signing an online petition which states that schools should only be opened when either there are zero COVID-19 cases in the state or people get vaccinated. This petition had been signed by 40,000 parents as of Sunday evening.

Delhi’s Education Director Vinay Bhushan stated that there can't be a uniform order for every school as there are varied conditions, adding that schools will be opened with total preparedness, care, and caution.

According to Ashok Aggarwal, president of the All India Parents' Association, the government shall presume 2020-21 to be a zero-year and should promote all the students.

“Here, the government is not able to treat COVID-19 patients and in such a situation sending children to school would be risky. In 1996, all the school students in Delhi were promoted as teachers went on a strike. And now it's a medical emergency”, Aggarwal said.

The parents association has started an online petition on Change.org, which had garnered over 200,000 signatures by Monday afternoon and describes the idea of restarting the schools as “playing with fire”.

The petition urges the government to restart schools only when there are “zero COVID cases”.

“Opening of schools in July will be the worst decision by the Govt. It’s insane. It’s like playing with fire when we ought to douse it with full force. The parents should fight against this stupidity with tooth and nail, not a single child to be sent to the schools for their own safety”, the petition says.

The petition has called for the current academic session to continue in e-learning mode. “If the schools claim that they are doing a good job via virtual learning then why not continue it for the rest of the academic year”, it says.

The government has said that a decision on the re-opening of these institutions will be made in July 2020 after analysing feedback. The Ministry of Health and Family Welfare will prepare SOP (standard operating procedures) for these institutions.

As per official data released by the India’s Ministry of Health and Family Welfare, the country has reported 190,535 positive COVID-19 cases and 5,394 people have lost their lives due to the infectious virus as of 1 June.