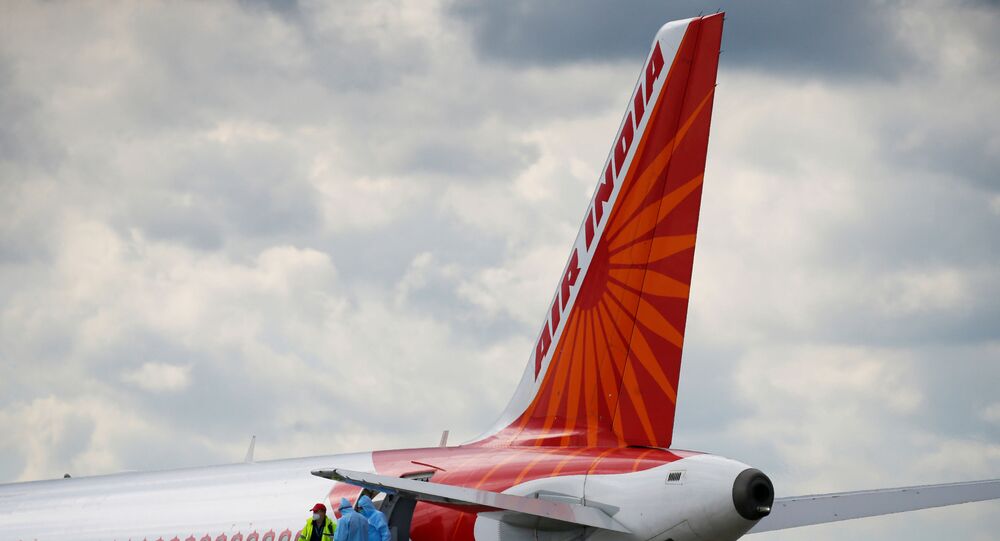 New Delhi (Sputnik): India halted all flight operations after imposing a nation-wide lockdown in light of the coronavirus pandemic. However, under the government’s Vande Bharat Mission, national carrier Air India has been operating flights to bring back Indians stranded abroad.

An Air India Airbus plane, that was flying from New Delhi’s Indira Gandhi International Airport to the Russian capital of Moscow was instructed to make a U-turn and fly back to the Indian capital after the airlines found out that the pilot was COVID-19 positive.

The aircraft was in Uzbekistan’s airspace when an Air India team going through the medical reports of on-board crew spotted that the airlines had misread the captain’s report as negative and assigned him the flight, local media reported.

“Prioritising safety protocol, Air India has recalled its Delhi-Moscow repatriation ferry flight today. Flight Recalled as one of the pilots, who had recently tested positive, was inadvertently roistered for the flight due genuine oversight. Another aircraft will shortly leave for Moscow,” a statement by Air India sources as obtained by Sputnik noted.

The term ferry flight refers to planes travelling with just crew and no passengers.

The news quickly began making the rounds on social media.

How did he get inside the cockpit?@airindiain need a response on this#aviation during #COVID pic.twitter.com/XSsZG9U3Ms

Was a ferry flight so only crew was on-board

Sources say it was a ‘genuine oversight’ as his report was misread as -ve!

AI will send another aircraft to Moscow later today

​As of now, all the crew members of Air India Airbus A320 have been sent to quarantine and the flight has been sent for sanitation and disinfection.

In the first phase of the Vande Bharat Mission, the Indian government permitted the operation of 64 Air India flights from 7 May to 13 May, aiming to retrieve around 15,000 Indian nationals from close to 12 countries including Russia, Germany and France, among others.

So far, India has been able to bring back more than 45,000 Indians.

Seeing people coming home is the best feeling for #DelhiAirport. Here’s a glimpse of the first Evacuation flight AI381 to #Delhi that landed a short while ago from @ChangiAirport. #VandeBharatMission@airindiain @HardeepSPuri @MoCA_GoI @IndiainSingapor pic.twitter.com/uUv07b9YN7