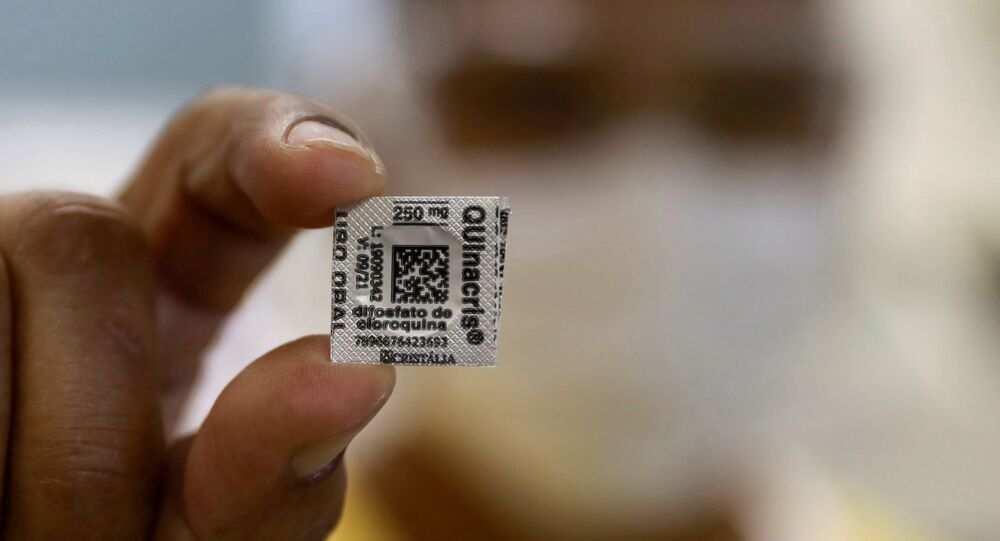 New Delhi (Sputnik): The World Health Organisation has stopped clinical trials of hydroxychloroquine, which was termed a game-changer drug by US President Donald Trump. The move came after a paper in The Lancet, a peer-reviewed medical journal, raised safety concerns about the use of the antimalarial drug for COVID-19 patients.

The Indian Council of Medical Research (ICMR) has allowed the use of hydroxchloroquine by health workers. The ICMR recently released new guidelines for the COVID-19 outbreak, where, revising its earlier protocols, the usage of the hydroxychloroquine (HCQ) drug as a preventive medication for healthcare and other front line workers deployed in non-COVID and COVID areas was allowed.

In spite of the safety concerns raised by the World Health Organisation (WHO), the ICMR said on Tuesday: "COVID is an evolving field. Biological plausibility supported its antiviral drug. It became popular when the American government started using it. Based on the risk will not deny our healthcare workers from using it".

A peer-reviewed medical journal, The Lancet, published last week that people taking the antimalarial drug were at higher risk of death and heart problems than those who were not.

Following this, the World Health Organisation's Director-General Tedros Adhanom Ghebreyesus said Monday that WHO is putting its coronavirus treatment trial of hydroxychloroquine on pause to review its benefits and harmful effects.

The decision to suspend the trial has been taken out of "an abundance of caution", said Dr Mike Ryan, who heads the WHO emergency programme.

Currently, more than 40,000 healthcare workers from Europe, Africa, Asia, and South America who have close contact with coronavirus-infected patients are taking part in a global trial of two antimalarial drugs - hydroxychloroquine and chloroquine. The research is being conducted by the Bangkok-based Mahidol Oxford Tropical Medicine Research Unit in cooperation with the University of Oxford and the Wellcome charity organisation.

However, US President Donald Trump has not only touted the “miracle drug”, but he said last week that he has been taking hydroxychloroquine every day to ward off the coronavirus.

In March, Trump termed the drug “a gift from God” and even got India, which is the largest producer of it, to supply it to the US and other countries.

India has received requests for hydroxychloroquine from 30 countries and it supplied the drug to 13 countries, including the US, last week, after lifting the export ban on the drug in March.