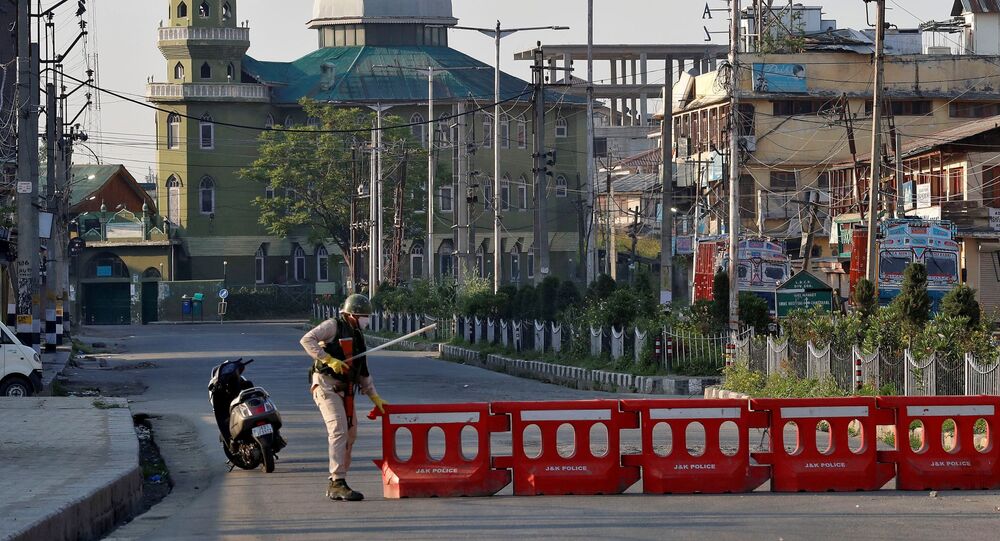 New Delhi (Sputnik): Jammu and Kashmir has witnessed a rise in terror activities since April, which recorded the deaths of 29 terrorists in more than 20 terror incidents. The Indian security forces and the state police department have undertaken several counter-terror operations since then.

Two unidentified terrorists were killed in an encounter in the Khud, Hanjipoa area of Kulgam in Jammu and Kashmir on Monday, the state police confirmed. The security forces found incriminating materials including arms and ammunition from the site and have launched a cordon and search operation in the area. Police have yet not identified the terrorists.

​The encounter comes days after the death of two security personnel in an attack at a Border Security Force camp in Jammu and Kashmir's Pandach area, near Soura in Srinagar. Last week, security forces gunned down two terrorists during a gunfight, due to which several houses were burnt as a consequence of bombing in the Nawakadal area of Srinagar.

Internet services were suspended in Jammu and Kashmir's capital Srinagar after the Indian Army launched a strike on terrorists in the downtown area of the city on 19 May, following which the chief of terror group Hizbul Mujahideen Riyaaz Naikoo was also gunned down.

India has repeatedly accused Pakistan of fuelling militancy on the Indian side of Kashmir, Islamabad has rejected such allegations, terming it an internal conflict in which Kashmiris are seeking independence from India.