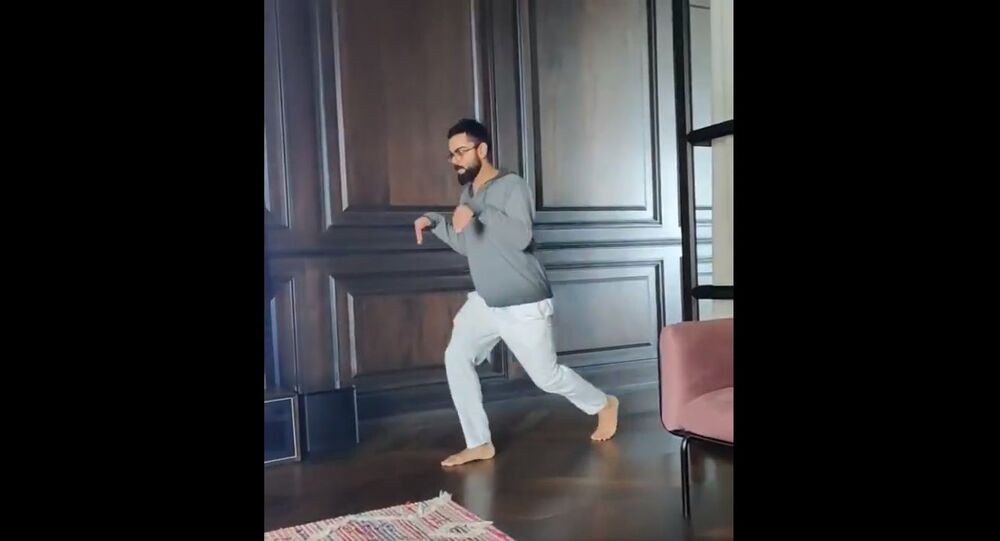 The Joke Didn't Fly: Indian Skipper Gets Trolled Over His #Dinosaur Mimicking Video

New Delhi (Sputnik): As one of most celebrated couples of India, cricketer Virat Kohli and actress Anushka Shankar, enjoy a huge fandom, which runs into the millions, on social media platforms across India.

A quirky video of Indian batsman Virat Kohli mimicking a dinosaur has left Netizens laughing out loud. Tweeples are finding the video so amusing that #Dinosaur has started trending on Twitter.

The caption of the video shared by Anushka on Instagram and Twitter read, "I spotted.... a dinosaur on the loose!"

​A section of cricket lovers and other netizens are posting hilarious memes on Twitter targeting both the world's top ranked cricketer, and his Bollywood actress wife Anushka of 'PK' fame.

While some are calling the latest video a 'Jurassic Park' teaser, other have termed it the effect of spending too much time with wife during the Covid-19 lockdown which came into force in India on 25 March.

​​A Twitter user opined the "duo is setting couples' goals during the lockdown".

​This is not the first time that the couple has shared such a quirky video.

A recent video posted by Anushka on Instagram, in which she can be seen trolling the cricketer saying "Aye Kohli, Chuaka Maar Na" (Hey Kohli, hit a boundary for me), went viral.