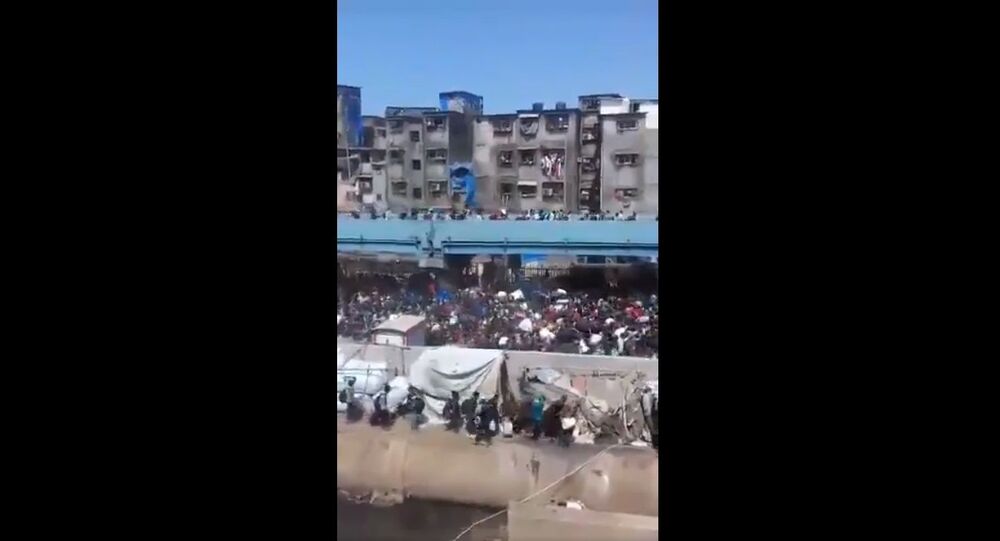 New Delhi (Sputnik): The migration of millions of people across India's states has emerged as a crisis for the Indian government, which not only has to deal with over 100,000 coronavirus cases but also the people who are currently on the roads, desperate to reach their home towns during the pandemic.

Chaos ensued at Bandra railway station in Mumbai, capital of Maharastra state when thousands flocked to board a special train for Bihar, one of India's poorest states. According to reports, the migrant labourers started arriving at the station in the morning and in no time, around 4,000 - 5,000 labourers had gathered at the station.

Out of the huge crowd, only about 1,000 were allowed to board the Shramik Train; the others were dispersed by the police with the use of 'mild force'.

​The gathering of the people was seen as flying in the face of lockdown and social distancing norms, and has raised the concerns amongst Maharashtra residents; the state remains the worst to be affected by the coronavirus pandemic. The state has 35,058 COVID-19 cases out of 101,139 total cases in the country.

Residents of the state took to Twitter to lash out at the state government and called the gathering the "failure" of state chief Uddhav Thackeray.

​Thousands of migrant labourers have set off on foot towards their hometowns in other states of India since Prime Minister Modi announced a nationwide lockdown on 24 March. While the Indian government has now arranged special trains for these labourers, many claim that they are unable to take advantage of the facility and therefore have decided to walk back to their homes.