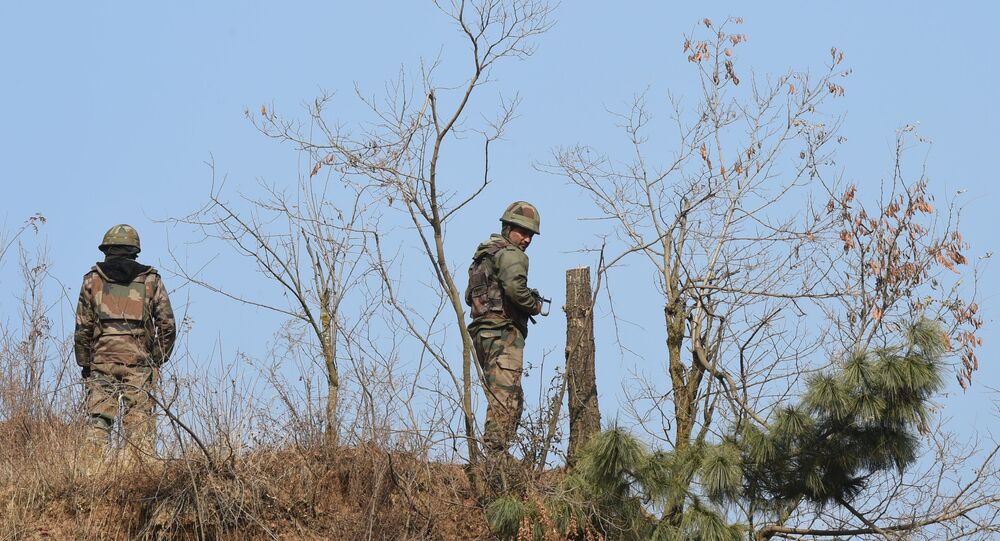 New Delhi (Sputnik): Jammu and Kashmir has been grappling with spike in terror activities since April and the security forces and the state police department have undertaken several counter-terror operations.

Two terrorists were killed and three security personnel injured in a terror incident in the Nawakadal area of the Jammu and Kashmir capital Srinagar on Tuesday, police told media. Both terrorists were part of the militant group Hizbul Mujahideen.

Giving an update on the ongoing operation, the Jammu and Kashmir CRPF said, "after an exchange of fire last night, firing resumed during a search in the morning. Operation continues."

A video shared from the site of the incident in Srinagar shows black smog rising into the sky while gunshots can be heard in the background.

Visuals from encounter site in #Srinagar Kashmir- 2 Hizb operatives are believed to be trapped, Calling, messaging and internet services have been snapped, massive stone throwing clashes on. pic.twitter.com/yz3P5ds19h

​On Monday night, an incident occurred between terrorists and security personnel when the latter surrounded a few houses in response to intel provided about the presence of terrorists in the city. Following the encounter, mobile and internet services remain suspended in the region.

On May 6, armed security personnel and Jammu and Kashmir police took part in an operation that led to the killing of militant group Hizbul Mujahideen leader Reyaz Naikoo in the Awantipora sector of India-administered Kashmir.

According to data provided by the police, 29 terrorists and 21 security personnel have been killed in more than 20 terror incidents since April.

While India has repeatedly accused Pakistan of fuelling militancy on the Indian side of Kashmir, Pakistan has rejected such allegations. The Kashmir region, which both nuclear-armed countries rule in parts but claim in full, has been a bone of contention between the two nations since 1947.