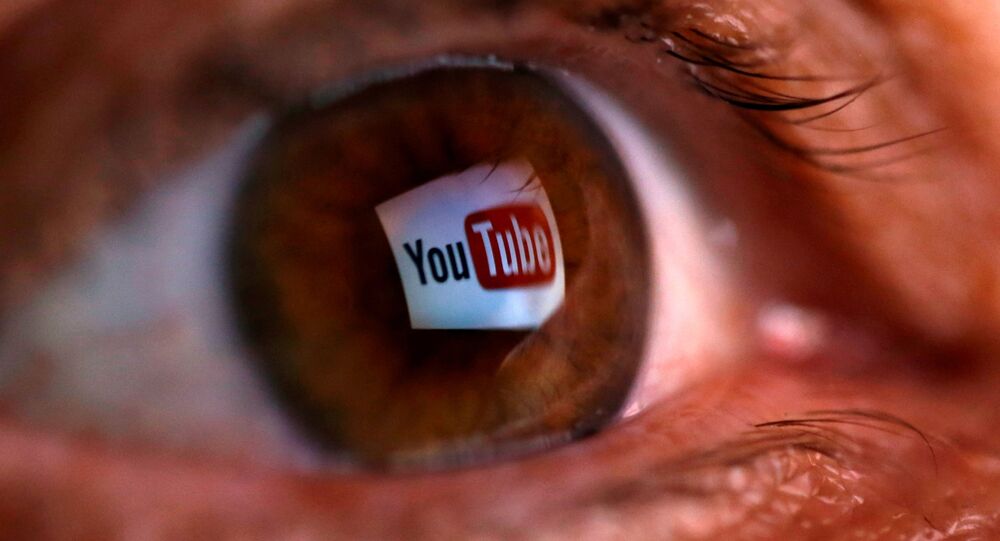 New Delhi (Sputnik): The past few weeks have divided locked down idle Indians into gangs of YouTubers and TikTokers. Both of the video platforms are quite popular in India, with over 265 million and 119 million users respectively. However, the latter is more often blamed for "cringeworthy content" that it spills on social media.

One of India’s “most popular” YouTubers Ajay Nagar, who also goes by the name of CarryMinati and has over 16 million subscribers, recently uploaded a video of himself roasting TikTok “star” Amir Siddiqui who has 3.4 million followers on the Chinese video-making app.

The former’s video became the first to reach 10 million views for a non-music video, breaking all records.

The video, however, was removed from CarryMinati’s “temple of work” by YouTube, for reportedly violating the platform’s terms and services, and on charges of “cyber bullying”.

On Friday, netizens who support the YouTube star took it upon themselves to push the platform to restore the video.

Twitter and Instagram feeds in India have been flooded with requests, suggestions, and memes revolving around CarryMinati’s video. #CarryMinati is trending on Twitter in India with over 200,000 mentions.

#carryminati
We want carry's video back(YouTube vs Tiktok: The End). There are more than 80 million views and about 15 million likes in just few days.
Some of the haters reported the video.we request .@YouTube to recover the video.#justiceforcarry#carryminatitiktokroast pic.twitter.com/ejNe1EjDJc

#justiceforcarry
Pewdiepie made a diss video against t-series and insulted entire india saying "you india you lose" , still his video was not deleted!#carryminati made a roast video on tiktokers, but youtube deleted his video in the name of "cyber bullying".#BanTikTokIndia pic.twitter.com/r7mKQzqzTI

This is not done @YouTubeIndia

We want that video back or apology #JusticeForCarry #carryminati pic.twitter.com/diLgPjLx2P

After watching massive support to #carryminati. #justiceforcarry
Me to youtube :- pic.twitter.com/qBqdRL5gs8

​India is the biggest market for the Chinese short video making application with 44 percent of its global downloads. TikTok, even though extensively used in India, has been criticised for not weeding out inappropriate content from its platform, which allows users to create and share content with nudity, vulgarity, and questionable subjects. The app was temporarily banned by some states in India last year.

YouTube, on the other hand, with its variety of content has never been subjected to a ban-like situation in India.

In their “roast fued”, 20-year-old CarryMinati and 25-year-old Amir Siddiqui put forth arguments, defending why their work and platform was better than the other.

As present, it remains unclear if YouTube will restore CarryMinati’s video after so many requests from India.