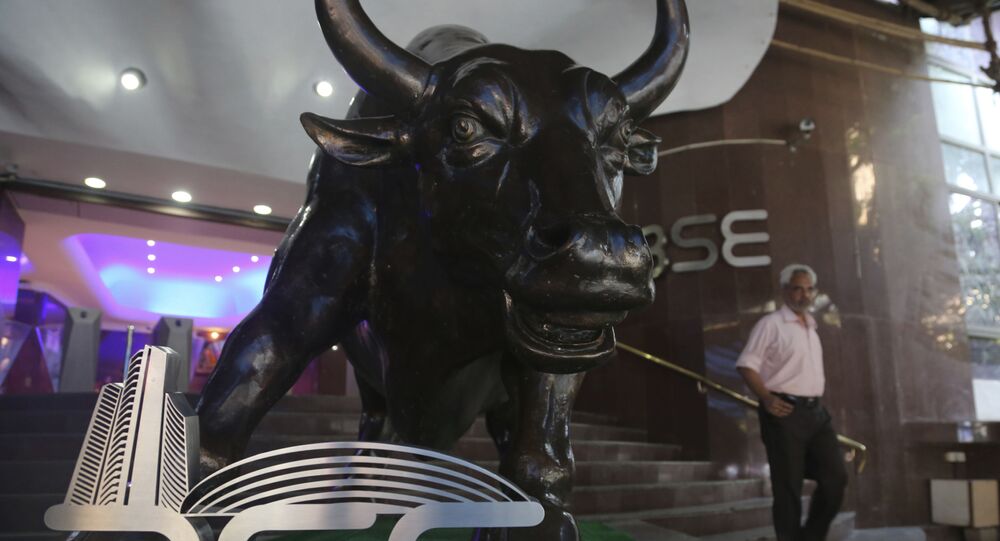 New Delhi (Sputnik): Indian markets have fallen from their February levels due to the COVID-19 pandemic. From levels of over 41,000 in February, the benchmark index Sensex has fallen to its current level of 32,000. The health emergency declared due to the virus has led to a national lockdown which has lasted since 25 March.

After opening strongly, the Bombay Stock Exchange’s 30-share sensitive index, Sensex, slipped in early trading on Wednesday. Sensex opened at 32,841 on Wednesday, up by at least 1470 points. However, it soon lost all gains, shedding 771 points to currently trade at the 32,074 level.

Despite the mega boost announced by Prime Minister Modi, market participants blame the choppiness on uncertainty over the xoronavirus. Some traders also referred to fiscal deficit concerns, with sovereign ratings weighing over the indices.

While Modi announced the package on Tuesday night without divulging any details, Indian Finance Minister Nirmala Sitharaman will hold a press conference at 4 p.m. (IST) later in the day to reveal more information about the stimulus.