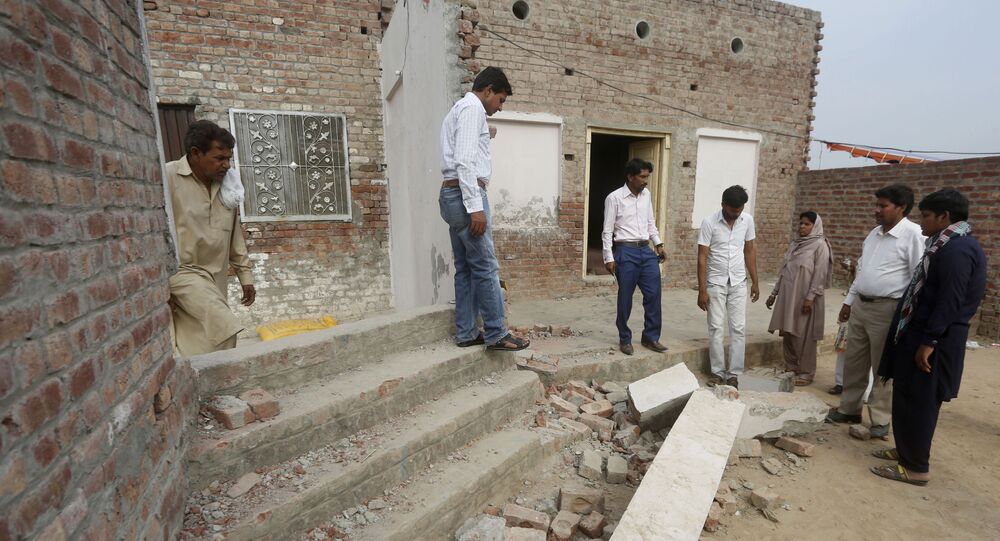 New Delhi (Sputnik): The Human Rights Commission of Pakistan (HRCP) recently released a report citing the sufferings of minorities due to forced conversion to Islam. The report said minorities were unable to enjoy the religious freedom that is supposedly guaranteed them under the constitution.

A church has been vandalised allegedly by a group of armed men over a land dispute in Pakistan's Punjab province, police have revealed, while the country is under lockdown to contain the Covid-19 pandemic.

A viral video shows a damaged wall and a broken gate at the church. Images have also emerged of the church being vandalised on the inside.

#Lahore: A group of armed men vandalized a church in eastern #Pakistan before fleeing the scene. They demolished the gate and boundary wall of the church in Kalashah Kaku, some 40 km from Lahore. @LawrenceSellin @KTHopkins @Micks_it @nailainayat pic.twitter.com/wpBvbXgxks

The incident took place at a church located in Kalashah Kaku, some 40 km from Lahore in Pakistan’s Punjab province. A complaint has been registered and raids to find the culprits.

“We have recorded the statements of the local Christian community. In the complaint they have mentioned that some men barged into the Church and asked them to vacate the place claiming that it belonged to them. The accused threatened to burn them and their church,” a senior police officer associated with the case said.

Around two percent of Pakistan’s population are Christians. Cities like Lahore, Karachi, and Faisalabad have small Christian communities.