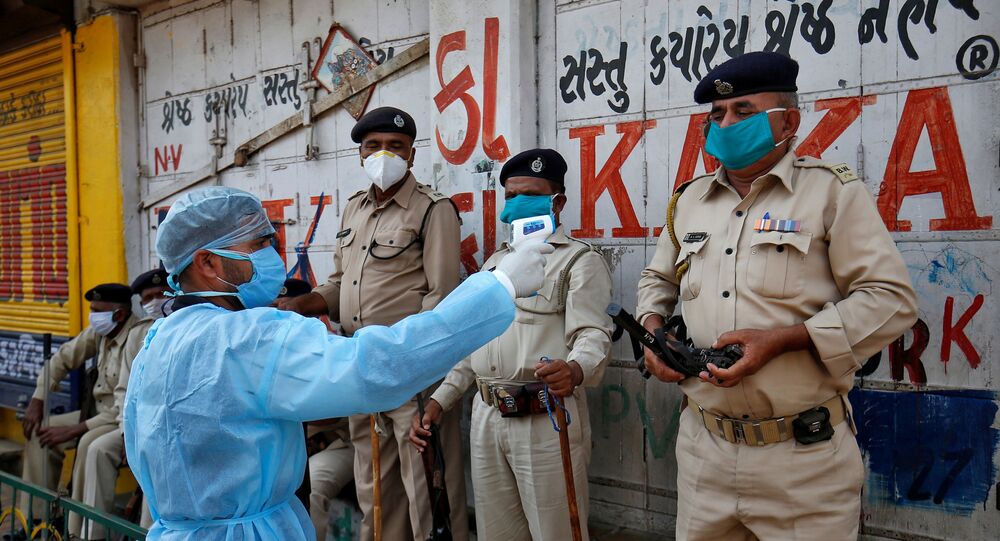 New Delhi (Sputnik): Last year in May, a 27-year-old man was shot dead inside a shop in Delhi’s Najafgarh area. According to the local police, three unidentified men had fired 13 bullets at the man. They were recognised, however, with the help of a CCTV feed. The deceased was identified as Mohit Mor, a TikTok star.

Two wanted sharpshooters with different rewards on their heads have been arrested in Punjab in connection with last year's murder of TikTok star Mohit Mor, Delhi Police said on Tuesday.

The arrests have come as the country has been under a COVID-19 lockdown since 25 March.

The accused have been identified as Vikas, one of the most wanted criminals in Delhi and Rohit Dagar, police said.

“The two along with a juvenile had murdered Mohit last May. The juvenile was apprehended last year; the two have been absconding since then. Both of them were wanted in several cases of murder, robbery and extortion in Delhi and Haryana. Vikas had a bounty of INR 120,000 ($1,580) on his head while Dagar had a INR 25,000 ($325) bountyon his head for arrest,” Deputy Commissioner of Police (Special Cell) Sanjeev Yadav said.

Police sources revealed that before getting arrested, the duo released a short video of them in which they stated that they have been arrested by the Delhi Police.

Mohit Mor was a tik tok star and gym teacher who had over half a million followers. He used to post fitness videos on the Chinese short video making application Tik Tok and on Instagram.