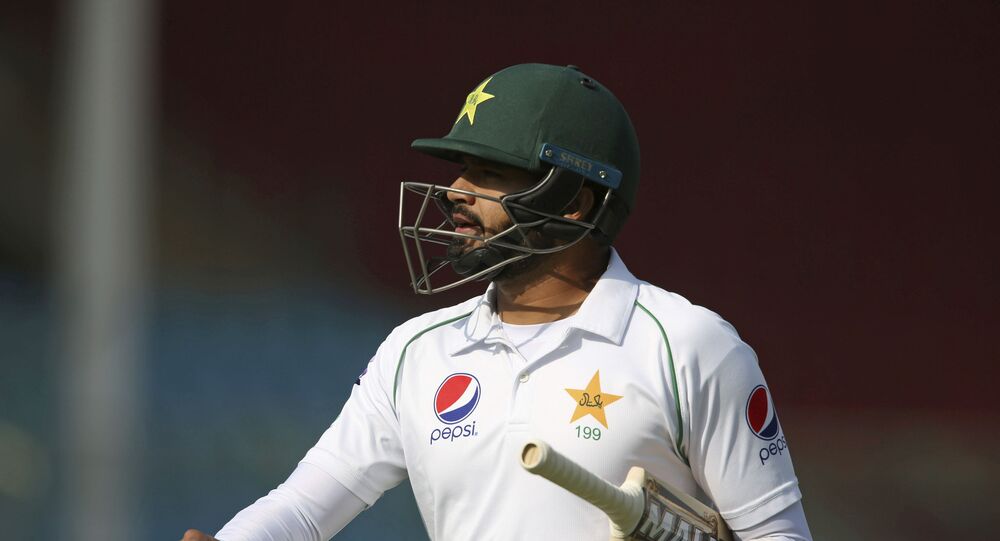 New Delhi (Sputnik): With all sports activities banned in several countries across the globe, many players are contributing in their own ways to help the needy who have been severely hit by the pandemic.

An Indian cricket museum has bought a bat auctioned by Pakistan Test Cricket Captain Azhar Ali to raise funds for the needy in his pandemic-hit country. Ali has managed to raise a total of over 2.2 million Pakistani rupees (approx. $13,800).

Last month, Ali put two of his precious belongings - the bat which he used to score 302 runs against the West Indies in a Test in 2016 and the jersey which he wore during the 2017 Champions Trophy final win over India - on an online auction in order to raise funds for people affected by the coronavirus.

I put 2 of my closest belongings on auction with base price of 1 million PKR each to support People suffering due to ongoing crisis. Auction starts now & will close on 11:59PM 05May20. To place bid, text/whatsapp on +923228485173, or msg on my twitter. pic.twitter.com/7BJviamP88

I would like 2 announce the winners of auction @BladesOf_Glory got the bat for 1 million and Mr Kash Villani from California got the CT shirt for 1.1 million congrats and thank u 4 your support.Also like to thank Mr Jamal khan from new jursey who donated 10% of the highest bid.

Ali became the first player to score a triple century in a day/night test match.

According to Ali, the bat and jersey have signatures of members of the Pakistan Cricket team and both the items are really close to his heart.

“If my close things can benefit people in need I’ll be more than happy”, he said.

According to official data, a total of 25,837 COVID-19 positive cases have been reported in the country and as many as 594 people have died due to the virus.