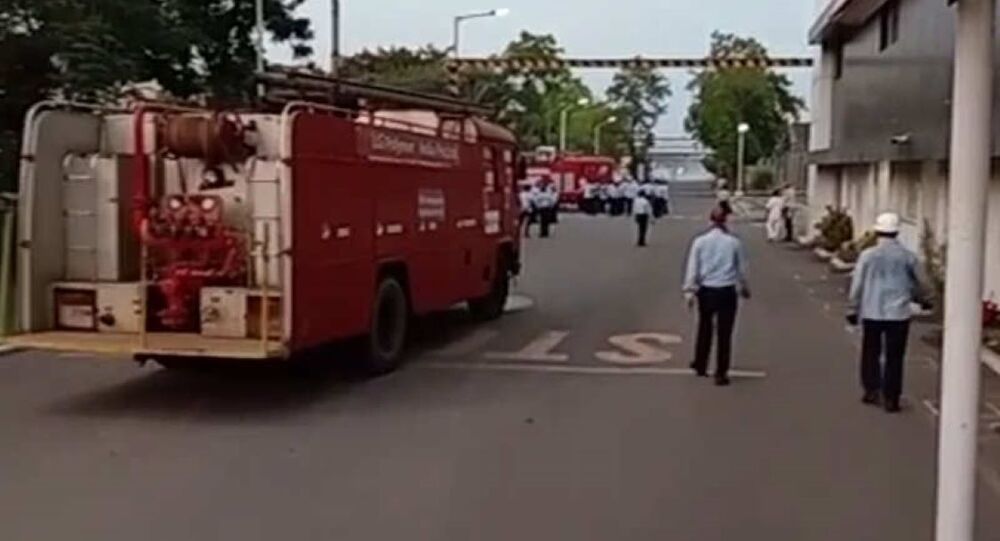 New Delhi (Sputnik): According to police, a gas leak took place at around 3:30 a.m. local time at a plant belonging to LG Polymers India Pvt Ltd in the village of RR Venkatapuram.

At least five people are dead while over 200 have been hospitalised after toxic gas leaked from a chemical plant belonging to South Korean multinational corporation LG located in the village of RR Venkatapuram in Andhra Pradesh's Visakhapatnam on Thursday morning, officials said.

Videos emerged on social media showing dozens of people, mostly children and the old, fainting within their homes and on the streets.

"The police are unable to enter the colonies because of the foul smell. They went round the colonies asking the people to come out of their homes and move to safer places", assistant commissioner of police Swaroopa Rani said.

Police evacuated the area around the factory. A National and State Disaster Response Force are carrying out rescue operations.

In the meantime, LG Chem has stated it is investigating the causes of the leak.

Lot of people found unconscious. People complain of vomiting and feeling nauseous. Around 3AM in the morning the chemical leak began. Do notice in this video gow the woman suddenly collapsed. #Vishakapatnam #AndhraPradesh pic.twitter.com/VJVhQTwmmt

In the wake of the situation in Visakhapatnam, PM @narendramodi has called for a meeting of the NDMA at 11 AM.

​District collector V Vinay Chand said that the incident took place after the plant - owned and operated by a branch company for multinational consumer products giant LG Corporation - was recommissioned and styrene gas erupted from one of its chambers.

"There were attempts to bring the gas under control by spraying but it did not work", V Vinay Chand said.

Officials confirmed to the media that the gas has spread into 20 villages around the plant. Local legislator P Gana Babu said ambulances meant for coronavirus cases were diverted to move people to safer places.

The plant was scheduled to reopen on Thursday after being closed for 40 days due to the nationwide lockdown imposed by the Narendra Modi government in an attempt to curb the spread of COVID-19.

The firm LG Polymers was originally established in 1961 as Hindustan Polymers to manufacture polystyrene and its co-polymers in Visakhapatnam. The company merged with McDowell & Company Limited of UB Group in 1978, eventually coming under the umbrella of the giant South Korean multinational corporation.

Over 100 Schoolchildren Hospitalized in Delhi, India After Gas Leak