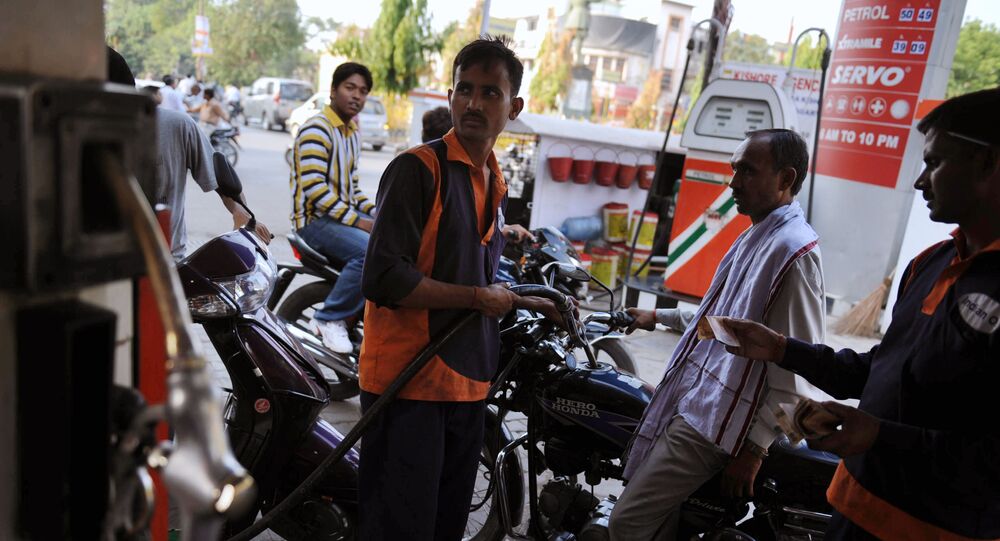 In Delhi's Footsteps: Uttar Pradesh Increases Tax on Petrol, Diesel and Liquor to Mop up Revenue

Following in the footsteps of Delhi, Uttar Pradesh has increased value added tax on petrol and diesel. Subsequently, the price of petrol has gone up by INR 2 ($0.026) and diesel by INR 1 ($0.013). The state government headed by Chief Yogi Adityanath has also imposed taxes on liquor ranging from INR 10 ($0.13) to INR 400 ($5.27) depending on the quantity and category of the product.

State Finance Minister Suresh Khanna said the government would be able to mop up an additional $309.8 million from tax on petrol and diesel and $272.91 from the tax on liquor.

Khanna explained that liquor shops were opened in the state on Monday (4 May) to solve the issue of illicit business, as several lives were lost due to consuming fake liquor. On the first day of the opening, licensed liquor shops saw sales of $13.18 million across the state.

On Tuesday night, the federal government steeply increased the tax on petrol and diesel, but the state-owned petroleum companies have absorbed the increase, without passing it on to consumers.

COVID-19 and the prolonged lockdown have severely stressed the finances of the federal and state governments. India’s fiscal deficit for the year ended 31 March was estimated to be 4.4 percent of Gross Domestic Product (GDP) due to reduced tax collections during the economic slowdown and the lockdown announced to contain COVID-19.

India has a caseload of 49,391 COVID-19 cases, of which 14,183 patients were cured and discharged from hospitals. 1,694 people have succumbed to the infection so far, according to data released by the federal Health Ministry of Wednesday.