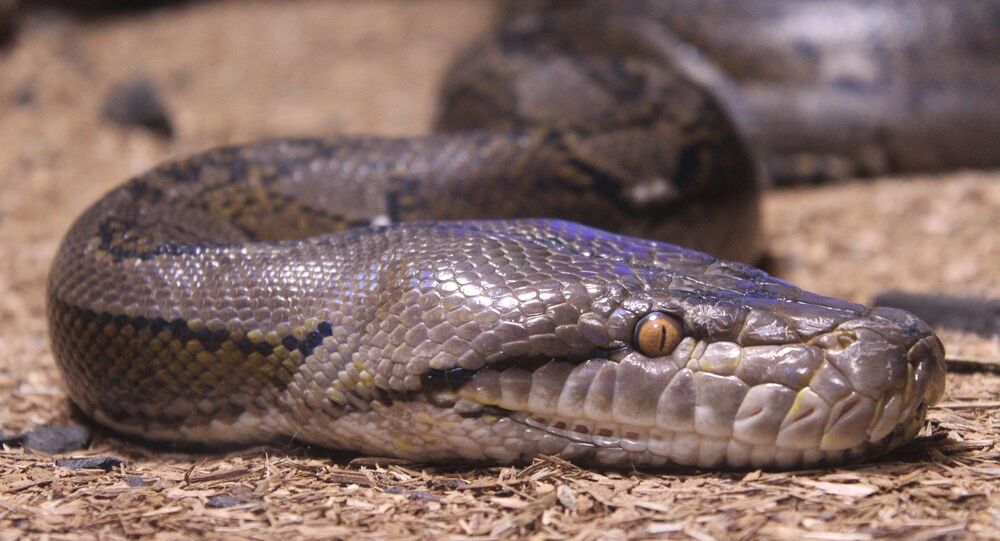 New Delhi (Sputnik): From people defying social distancing to inebriated men indulging in fights or dancing in the streets, strange videos have flooded India's social media since the government prohibits the reopening of standalone alcohol stores for the first time since the lockdown was imposed on 24 March.

A drunk man in the Indian state of Karnataka got so infuriated when a snake crossed his path that he bit its skin several times.

The man, identified as Kumar, 38, of the village of Mustur was returning from a liquor store on his bike when a venomous snake got caught in it. He picked up the snake and rode the motorbike, keeping the snake around his neck up to some distance but suddenly halted and started yelling at the snake as if it would understand.

"How dare you block my path," said Kumar while biting the snake.

The villagers gathered to watch the glorious act and weren't afraid of going near him. The snake was already dead when the police arrived after 30 minutes.

“The snake has troubled me earlier. I was angry as it came under the wheels this morning too,” Times of India quoted Kumar as saying.

Side effects of Alcohol...!!

​Meanwhile, long queues continued to for  outside liquor shops amid the much-anticipated resumption of liquor sales. Social distancing norms were flouted outside many stores, and some were forced to shut down due to large crowds; local police have been tasked with maintaining order.