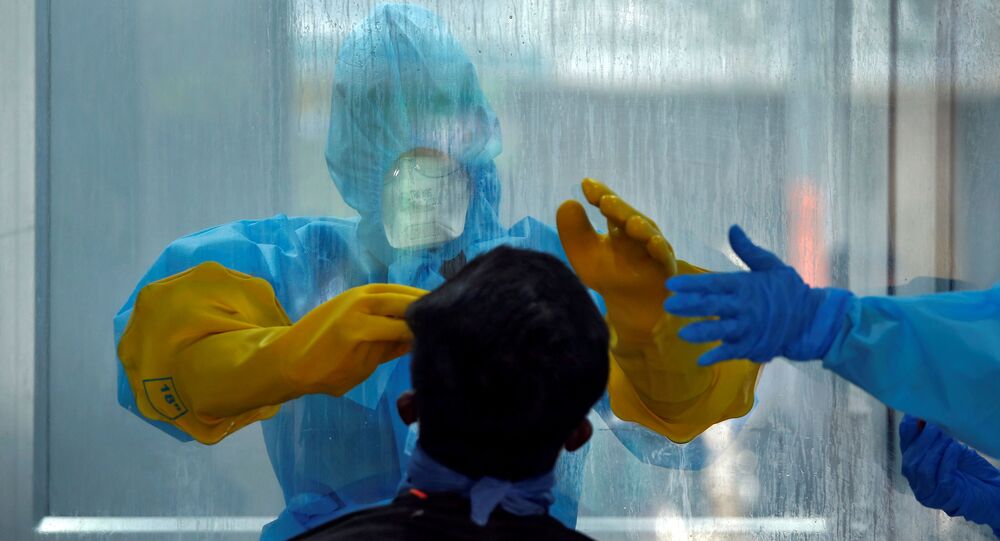 New Delhi (Sputnik): As per the Government of India, over 19,000 ventilators have been identified in hospitals across the country for the COVID-19 patients against requirement of over 75000. Medical experts had revealed the virus attacks the respiratory system of a patient so ventilators act as a vital weapon in the fight against the virus.

Scientists at Indian Institute of Science, Education and Research (IISER) have developed a prototype ventilator which comes with remote access and costs a mere $500-600 (40,000-50,000 INR).

According to the scientists, the prototype is based on the ventilator designs of the Mechanical Ventilator Milano (MVM), along with another from the University of Florida, and once mass manufacturing commences, it could further reduce costs significantly.

“As we are dealing with the pandemic and there is a huge need for ventilators in the country, we got inspired by the Bharucha ventilator (made in India and available at a very cheap price) and decided to improvise the model,” the team of researchers said.

A group led by physicists Umakant Rapol and Sunil Nair stated that after studying several designs, they finalised the hybrid design and developed the prototype in just 18 days.

“Despite several important components being unavailable due to the lockdown, the team was left with limited material and resources. However, we have replaced them with the material which is used to perform similar operations,” Ropal said.

He further stated that a reliable setup process is vital when ensuring that sophisticated medical equipment may be operated in a user friendly manner. So, their team developed it in such a way that the units can be controlled and monitored using a cell phone.

“If we'd procured the appropriate equipment, including sensors, components and controllers, we could have developed ventilators (such as those) which are used at hospitals. The prototype would be reviewed by medical experts. We will further make the changes depending on the feedback,” Sunil Nair said.

According to the Indian government, the country requires as many as 75,000 ventilators to fight the pandemic.

“Currently, we have 19,393 ventilators available across the country while we have ordered 60,000-odd ventilators,” P.D. Vaghela, Chairman of Empowered Group-3, responsible for ensuring the availability of essential medical supplies, said.

Currently, Indian state-owned units like the Defence Research and Development Organisation (DRDO) are developing multi-patient ventilators – one of which would be capable of supporting four to five patients at a time.

India has confirmed more than 2,500 new coronavirus cases over the past 24 hours, lifting the total to 42,533, the Ministry of Health and Family Welfare said Monday. The death toll has risen by 72 to 1,373.