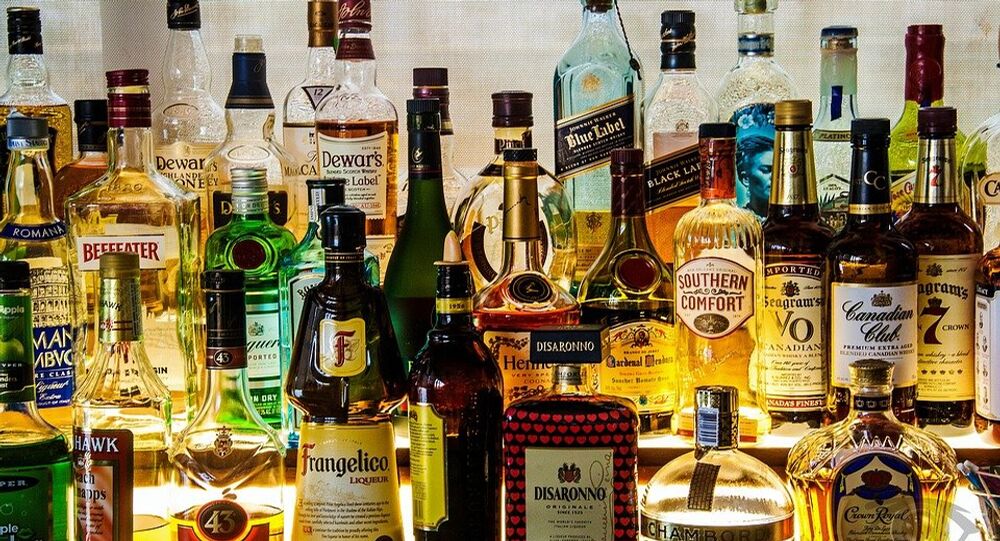 New Delhi (Sputnik): India extended the lockdown for the third time, from 4-17 May, as the number of COVID-19 cases continued to mount. But Lockdown 3.0 has come into effect with certain relaxations based on red, orange and green zones. The relaxations has cheered up the alcoholics, who have been desperately awaiting the decision since March.

As per the new guidelines for the third phase of India's lockdown, which commenced on Monday, the sale of alcohol is now allowed in red, orange and green zones, barring the containment areas. The relaxation has come with certain conditions as the order is applicable to stand-alone shops and compels buyers to abide by strict social distancing measures.

The new relaxation has come as a respite for several people after the shutdown, which has lasted over 41 days. Several videos emerging on social media show long queues outside the liquor stores since dawn in various parts of the country.

People line up outside a liquor shop in Laxmi Nagar after Delhi govt allowed sale of liquor in standalone shops, neighbourhood (colony)shops or shops in residential complexes. pic.twitter.com/ADyPE8ZUYQ

Another video showed a man conducting prayers in front of a booze shop to mark the auspicious beginning.

“From the fool and the drunkard you may learn the truth.”

As per the guidelines, the liquor and tobacco standalone shops will remain open in all three zones till 7 pm. According to reports, about 150 liquor shops are likely to open in Delhi alone from Monday.

The shut down of liquor shops was hurting the economy as it provides a large tax revenue for their depleting coffers. It also proved fatal for certain people as some committed suicide due to alcohol withdrawal symptoms, others died due to binge drinking in various places.