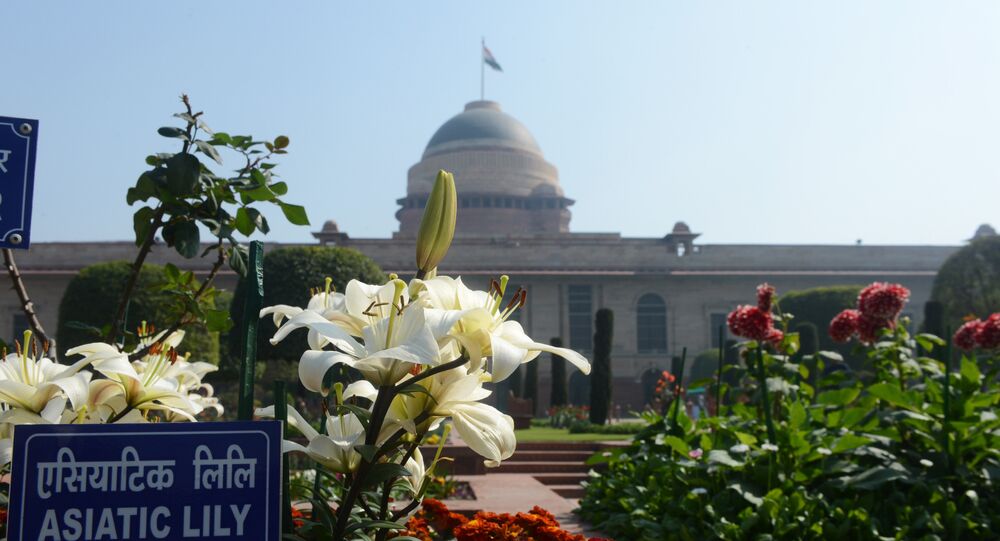 New Delhi (Sputnik): The Indian government led by Prime Minister Narendra Modi has come up with a redevelopment plan for Delhi’s Central Vista – a 3-km stretch that comprise British-era structures such as Parliament, Rashtrapati Bhavan (the President's Residence), and the India Gate war memorial.

The Supreme Court on Thursday refused to stay the Modi government's Central Vista project after hearing a plea that challenged the federal government’s decision to notify a change in land use regarding its redevelopment plan.

The federal government had last month notified that it would change the land use for the 86-hectare area, the legal website Live Law reported. The petitioner had urged the court to quash the notification issued by the Urban Development Ministry arguing that it would deprive people of enjoying highly treasured open and green spaces.

Stating that it is obligatory for the state to protect public places and objects of national importance, the petitioner had argued, “it is upon the State to protect such resources for the use of the general public, rather than to permit it only for use of a certain class or section of the people".

The Central Vista, also known as Lutyens' Delhi is a 3-km stretch that around India’s iconic landmark structures which narrate the country’s colonial history. These structures include the majestic stretch "Rajpath", where Republic Day parades are organised, the Parliament, Rashtrapati Bhavan, and the India Gate memorial.

However, the $3-billion project (Rs.200 billion) redevelopment plan has not gone down well with opposition parties. The chief of India's Congress Party Sonia Gandhi even wrote a letter to the Prime Minister Modi urging him to suspend the project, which the government is aiming to complete by 2024. “The Parliament can function comfortably within the existing historical buildings", she argued.

Citing that many of these buildings have outlived their lives, the Indian government had said in Parliament, "the parliament building was completed in 1927 and is not able to accommodate the present-day requirements of the Parliament including providing independent chambers to Members of Parliament. Therefore, in order to meet the requirements of the Parliament, get all offices of Central Government Secretariat at one place and improve the Central Vista as a world class public place, the proposal of development/ redevelopment of such buildings of the vista has been decided".