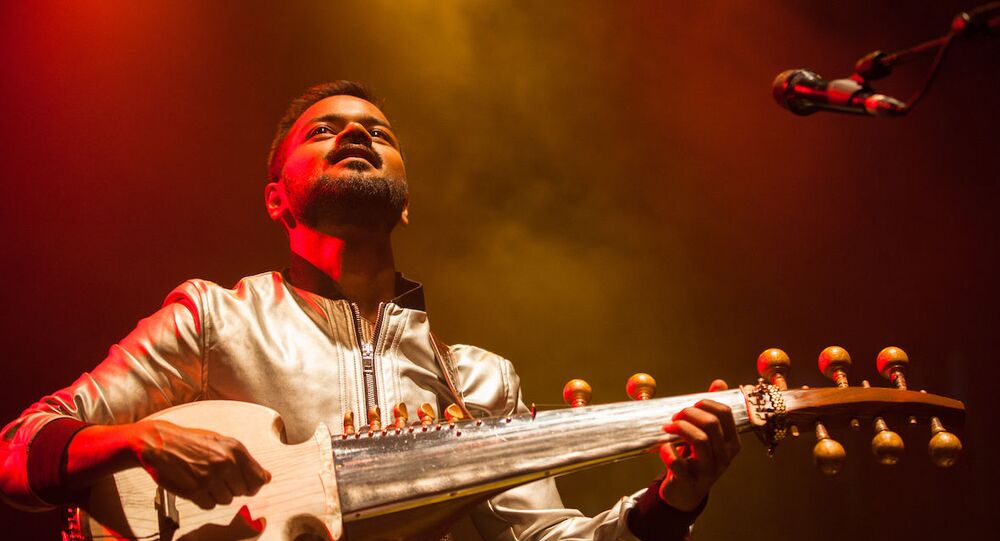 Born in India but based out of London Soumik Datta champions Indian arts and brings his ancient Sarod, a stringed instrument used mainly in Hindustani music on the Indian sub-continent, into the modern, global arena.

Soumik believes in widening awareness for the environment through music and his current single “TIGER TIGER” is a testimony to that. The song is a celebration of nature, biodiversity and a reminder that life on this wonderful planet of ours needs to be kept in balance.

“TIGER TIGER is made in response to the forest fires we’ve seen in Australia and the Amazon. I was very moved by the images of the trees burning and the impact of these fires on animal and wildlife. The single is a continuation of my previous EP (extended play), Jangal, which was also made in response to similar themes - deforestation and the climate change crisis, which I have been following closely,” Soumik says.

“As a creative (being) I’m always trying to find musical responses to critical issues that I feel we need to be addressing through the arts,” he adds.

"We are all guests on this planet and we all have a responsibility towards it. My voice is strongest when it is musical, and so I try to do the little that I can through my songs and scores,” he elaborates.

Soumik, who has collaborated with international pop stars like Beyonce, Jay-Z and British-Asian stalwarts like Nitin Sawhney, Talvin Singh, Akram Khan and Anoushka Shankar has championed Indian arts in the mainstream through his work with the London Philharmonic Orchestra and City of London Sinfonia and appearances at festivals like Glastonbury and WOMAD in 2019.

Talking about the growing success of Indian musicians globally, he says that “India has always been a cultural force”.

“The practices of Indian classical music, Yoga and Ayurveda are ancient and prolific teachings that are still relevant to humanity today. The West has always recognised this and in some cases, it has taken advantage of it. But India is slowly losing its post-colonial identity and the new bloods of artists are trailblazing a way forward. I’m excited to see what happens next,” says Soumik.

Soumik, who has also contributed to the musical scores of the films “Brick Lane”, “Life Goes On” and “Gangs of Tooting Broadway”, also proudly says that Indian music has many facets.

“I learnt this while making ‘Rhythms of India’ a BBC travelogue series that released last year. Some people are drawn to the virtuoso nature of classical flourishes. Others are attracted to the minimalism of the Tanpura, used often in meditation and yoga practice", he continues.

“Many relish the folk rhythms from the rural districts. But by and large the masses know India and its music through Bollywood. And over the last few years, there has been a remarkable shift in stories being told through Bollywood. With this has come a unique set of new musical voices, composers and producers, making impacts across the globe. I’m excited to see what happens next,” Soumik further explains.

The singer, who'll be working on a large scale new commission that addresses “our time in lockdown”, believes that he's lucky to have been at the right place at the right time "with the right people supporting me and will always be grateful to the universe for these opportunities".

“It [the lockdown-inspired song] will be announced by early May. So, I can’t say much more right now except that it will have a broadcast release this summer. I’m excited but also terrified to work on a project that attempts to capture our collective human experience in quarantine and reflect it through music,” he says.

Unpaid for 2 Months, Employees of Bollywood-Style Theatre 'Kingdom Of Dreams' Uncertain of Future