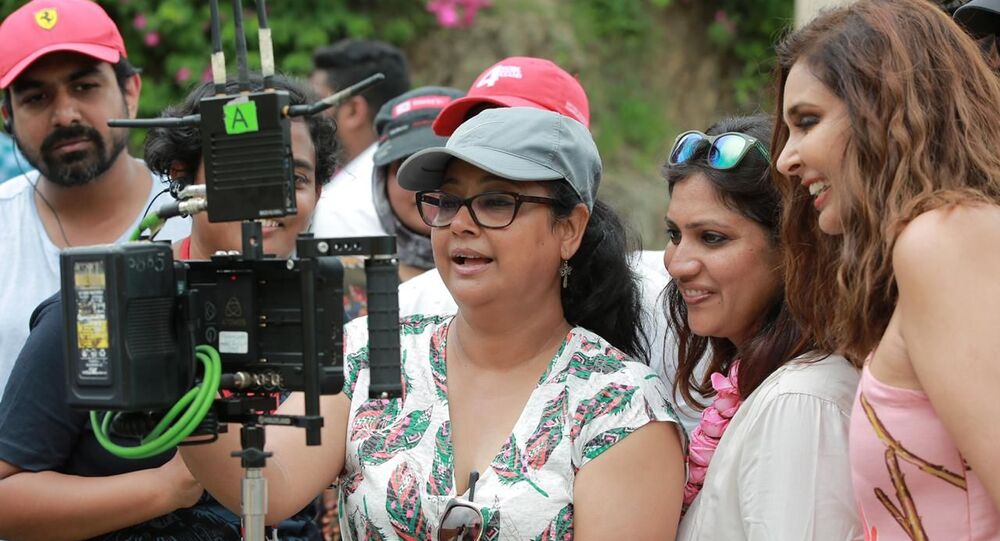 Indian Director Nupur Asthana: Digital Helps Me Explore Stories Without Having to Please Everybody

Film director Nupur Asthana, who made her debut on Indian television with the 1998 TV series “Hip Hip Hurray” and  later went on to make the Bollywood film “Mujhse Fraaandship Karoge”, says that her current web show “Four More Shots Please!” puts women and their lives front and centre as it explores their professional challenges, personal struggles and choices without any judgements and celebrates female friendship.

“I think all of this makes it very appealing for viewers today, especially women who don’t often get to watch stories revolving around women owning their lives,” Asthana, who has a successful career in direction and screenplay-writing spanning two decades, told Sputnik.

“I came in to direct Season 2 so the show had already had a season before I came on board. I had written a film script some years ago on female friendship which never got made… so when I was approached for this I jumped at it - I felt it was a great opportunity for me to delve into the minds of young contemporary women who have agency and kinship and are living life on their own terms,” she added.

Nupur feels that digital viewing is largely individual viewing. This means that women no longer have to fight for the remote with their husbands, fathers, or brothers.

“They can choose to watch whatever they wish to on their own devices - phone, laptop, TV at any time they want to, depending on their individual mood. As a woman I can tell you that we love to watch, amongst other shows/genres, stories about women,” she said.

The show not only echoes the voices of modern Indian women who are not hesitant to express their rights but also delves into their love lives with intimate scenes.

Does Nupur think the lack of censorship in the digital space is giving a new ray of life to many directors who are finding it hard to show their work on the big screen?

“I don’t believe in censorship. Yes, every film or show should come with an age appropriate rating. As story tellers, we use our own inbuilt censor and our own sense of what is right and wrong while writing or directing. Making movies is a very risky business when the fate of your film can be decided in just one weekend. However, on an OTT platform, viewers can discover a series one week, one month, one year after it releases. Also one doesn’t need stars on digital… a great story well-told with strong actors is good enough to allure viewers to it,” stated Nupur.

Digital seems to be taking up most of the time of the millennials, and Nupur enjoys making content for it.

“I stopped working in television 10 years ago - I think my last TV show was 'Mahiway' that screened on Sony Entertainment TV is mostly family viewing which means that the storytelling has to cater to every age group, every socioeconomic group, every sensibility… this is very hard to do. So, for me, the digital medium really works because I can tell the different kinds of stories in my head without having to worry about pleasing everybody,” she said.

“Also the kind of audience that appreciates my work is now mostly watching their content on OTT platforms, unlike the time when I wrote and directed ‘Hip Hip Hurray’ when similar audiences were watching television.Digital gives a director the freedom to explore different kinds of stories so that is very attractive for us as storytellers,” she added.

Nupur has previously directed “Romil and Jugal”, an Indian Hindi web series that talks about same sex relationship and the way society treats them.

“I’m very proud of Romil and Jugal… it was an adaptation of Shakespeare’s ‘Romeo and Juliet’ with two boys and explored same sex love. Just as a concept it would never have made it to TV. Also in 2016/2017, Section 377 had not been struck down and it would have been very hard to make it as a movie as well. Ekta Kapoor my gutsy producer was launching her own OTT (Over the top) platform Alt Balaji at that time so digital turned out to be the perfect medium for it. To be honest, I was very concerned about making a good adaptation of the timeless classic,” said the director.

“I also wanted to make sure I didn’t shortchange the LGBTQIA (lesbian, gay, bisexual, transgender, queer or questioning, intersex, and asexual or allied) audiences. I was overwhelmed by the tremendous love that we received from them… their response was incredible. It was however interesting to see a small section of heterosexual audiences having preconceived notions about how same sex stories should be represented on screen and seeing a mainstream celebration of homosexual love made them uncomfortable,” she added.

When it comes to other projects, Nupur loves exploring the psychology of people.

“Drama is my forte I think and of course I’ve been doing a lot of work centering around young adults. I would like to make a psychological thriller at some point and an action adventure film,” she said adding that she is working on a feature film script and developing a few other ideas as well for the digital space.