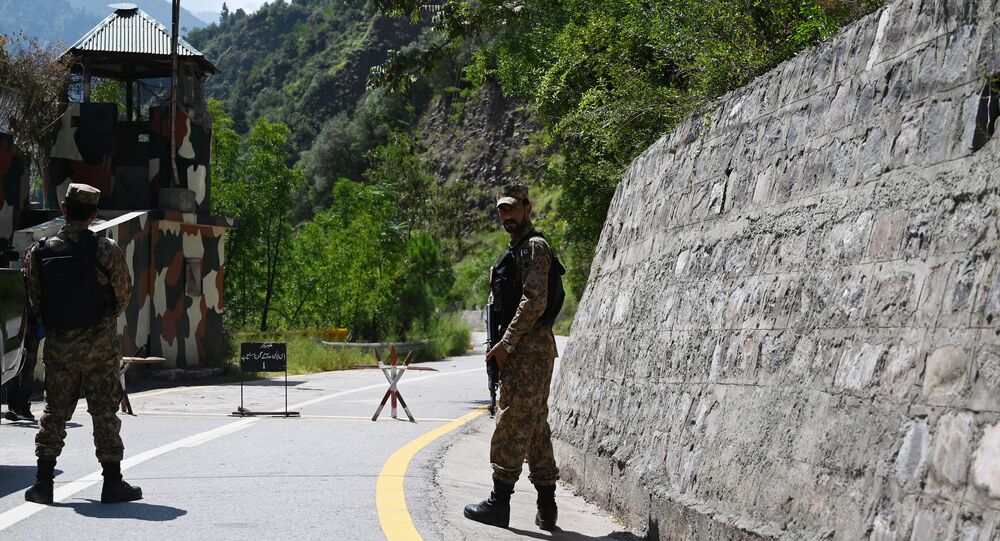 New Delhi (Sputnik): The Indian government earlier claimed that the number of terror activities in Jammu and Kashmir have decreased since the abrogation of Article 370, stripping the state of its special status. However, with the onset of summer, militants have intensified their activities.

Suspected militants hurled a grenade at a Central Reserve Police Force (CRPF) camp in the Dooniwari area of central Kashmir's Budgam district on Friday evening. Police sources told Sputnik that at least three security personnel of CRPF including an officer sustained splinter wounds in the attack.

The area has been cordoned-off while no casualties have been reported yet. The accused are probably on the loose.

The attack comes two days after the security forces gunned down four suspected terrorists in an overnight encounter. The number of terror incidents in Kashmir has increased in April as several suspected militants have been arrested as well.

On 13 April, militants killed two Special Police Officers (SPOs) in the Dachhan district of Kishtwar municipality. In April alone, at least 11 security personnel and 20 terrorists were killed in a dozen major terrorist attacks in the Valley.

The hostilities along the Line of Control with neighbouring Pakistan have also increased. On Friday, Indian and Pakistans troops engaged in massive artillery fire.

In March, the Indian government had reported that terrorist activities in the union territory of Jammu and Kashmir had decreased following the abrogation of Article 370, which stripped the former state of its special status under the country's constitution. As per official data, only 79 terror-related incidents have occurred in Jammu and Kashmir since August 2019.