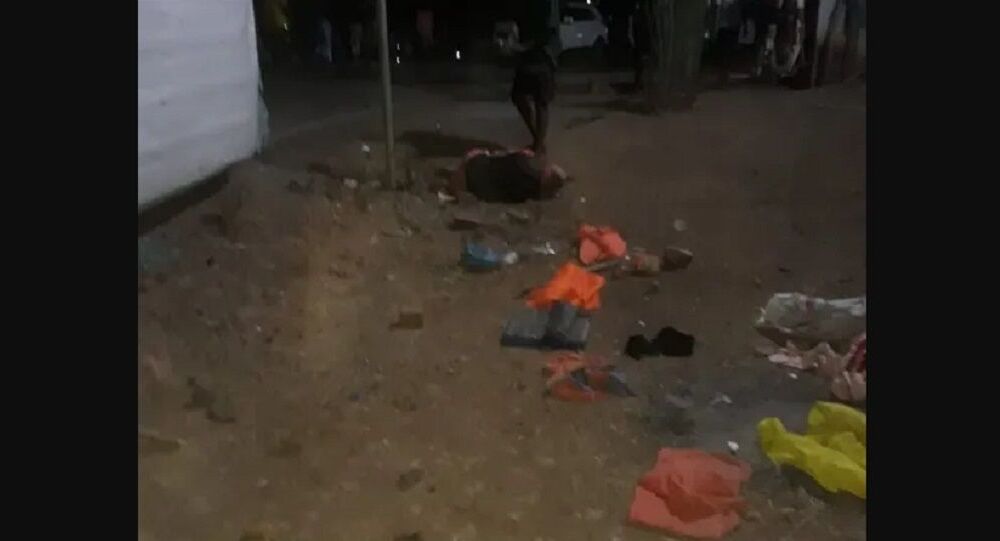 New Delhi (Sputnik): The COVID-19 pandemic has claimed 686 lives in India so far. The country's main opposition party, Congress, has been demanding a slew of measures like special trains for migrant workers and an economic stimulus package worth 5-6% of the Indian GDP to help get the nation through the corona crisis.

India's principal opposition party, Congress on Thursday accused the ruling Bhartiya Janata Party (BJP) of trying to stoke divisions among communities at a time when the nation is battling the COVID-19 pandemic.

In a statement after its apex Congress Working Committee meeting, the party added: "As a nation we must be wary of forces that seek to polarise in times of crisis such as these".

The party's acting president Sonia Gandhi during the CWC said, "Let me also tell you something which should worry each and every one of us as Indians. When we should be tackling the coronavirus unitedly, the BJP is spreading the virus of communal prejudice and hatred".

This is a reference to the brutal mob lynching of two Hindu saints on 16 April in the Indian state of Maharashtra, in which Congress is a part of the ruling alliance led by the local party Shiv Sena. The pair were on the way to a funeral in the adjoining state of Gujarat when their vehicle was attacked near the village of Gadchinchle, 150 kilometres from Mumbai.

In the days leading up to the incident, rumours regarding child snatchers were rife in the village and as such villagers were in a heightened state of anxiety. They later attacked the vehicle carrying the two saints, mistaking them for kidnappers. The Maharashtra government is currently investigating the matter.

Ruling out the communal angle in the incident, Maharashtra Home minister Anil Deshmukh on Wednesday made public the list of 100 suspects arrested in the incident and said none of the accused is Muslim. Deshmukh also appealed to people to maintain peace and communal harmony.

The CWC meeting also discussed a number of issues related to the lockdown. India has been under a lockdown to curb the spread of the pandemic since 25 March. The lockdown will continue until 3 May as per current government orders.

"No concrete steps to revive the economy have been taken. Agriculture activities, despite being given an exemption from the lockdown, continue to face insurmountable challenges of harvesting, marketing, and of a near collapse of the system of procurement of wheat and other crops", a CWC statement said.

"It is tragic that we are still lagging behind in establishing a robust and accurate testing regime", the statement said adding that CWC demands the utilisation of the remaining lockdown period for the preparation and publication of a detailed "Exit Strategy" and a comprehensive "Roadmap" for the future.