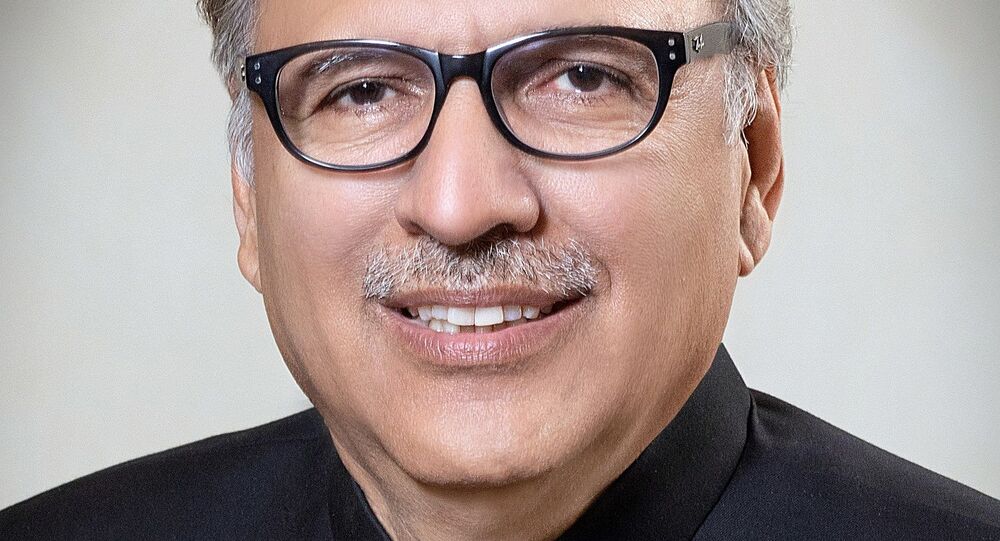 New Delhi (Sputnik): Pakistani President Arif Alvi’s controversial “rape and gang rape” remark is drawing widespread criticism and has set social media on fire. People in the country are condemning the statement which “should not have come from a person of such stature”.

In a controversial statement, Pakistani President Arif Alvi used a “rape and gang rape” analogy to describe the findings of an inquiry report during an interview on television.

While speaking to senior journalist and analyst Hamid Mir, the president described his conversation with Pakistani Prime Minister Imran Khan and said, "I told the Prime Minister (Imran Khan) that if this report is correct, then the country has not only been raped but gang raped by mafias".

"I told the prime minister that if this report is correct, then the country has not only been raped, but gang-raped.”

Apparently, President Alvi was speaking about an investigative report on independent power producers (IPPs) and was providing details about the conversation that he had with Prime Minister Khan about it. That’s when he used the rape analogy.

The report about the deals that facilitated IPPs to make illegal profit worth billions was made available to the public earlier this week in Pakistan.

The comment has not gone down well with Twitterati. While some said that the president’s statement reflects his mentality, others remarked that he could have been more careful with his choice of words.

Mr. President @ArifAlvi, corruption is not rape. Please do not trivialise the trauma experienced by people who are subjected to horrific violence against their bodies, and consciousness.

One Twitter user lamented: “when will people understand that making rape comments is not okay?????? ladies and gentlemen, the president of Pakistan".

He is the President of Islamic Republic of Pakistan and look at his language. He could have used better words instead of gang rape on national television. #PTIGovernment #FailedGovernance #COVIDー19 #PPIsScandel https://t.co/3ac00ArWlR

If this was said by some layman i would have ignored it, but coming from the President of Pakistan ... all i can say is...ap se ye umeed na thi...boht afsos ki baat hai
Using terms like rape etc to justify an argument always depicts the mentality... https://t.co/vs0nXatbxm

An ignoramus President casually throws around gang rape analogy and then a callous journalist-anchor posts a blurb with an insensitive emoji!#Pakistan https://t.co/XcPPG6MWoJ

Using rape as a metaphor trivializes a severe problem. It plays down the trauma faced by countless women in Pakistan and across the world. I make it a point to call my friends out when they use rape in that context. I urge all to call out the president as well. Truly shameful. https://t.co/L2uB3hTmP0

India, Pakistan Open Another Round of Shelling, Firefights