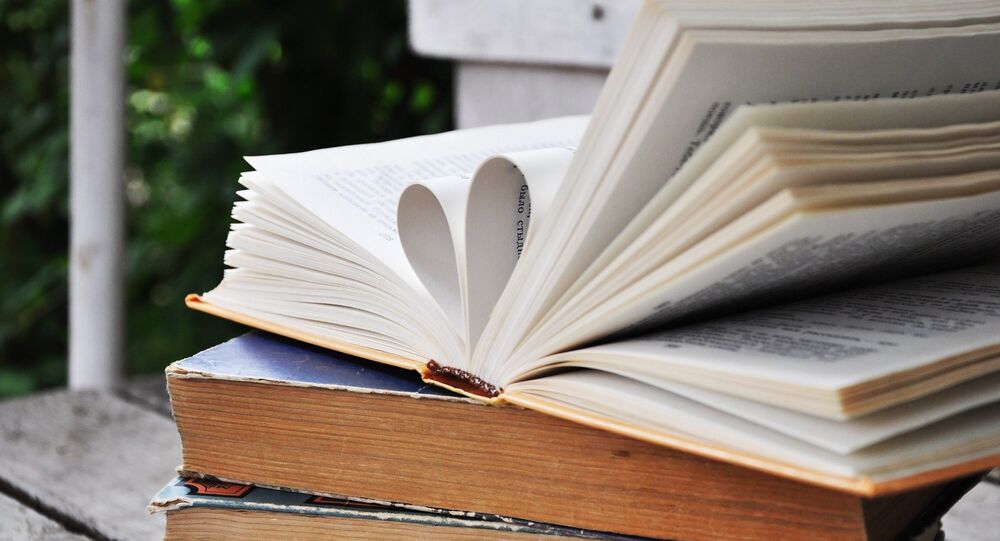 Going Back to The World of Books: Indians Rekindle Romance With Reading in Lockdown

New Delhi (Sputnik):  On 23 April, the world celebrates the International Day of Books. The annual event organised by the United Nations Educational, Scientific and Cultural Organisation (UNESCO) is a step to promote reading as part of one's lifestyle. The day is also celebrated as World Book and Copyright Day.

As people across the world mark another World Book Day on Thursday, leading authors in India feel the country has adopted the reading habit as never before during the ongoing nationwide lockdown being observed as a step to contain the spread of COVID-19.

Author and Kathak maestro Shovana Narayan, who has written books like “Illuminating Indian Classical Dances Through Yoga“ and “Indian Theatre and Dance Traditions” says that the lockdown has brought smiles to the faces of many book lovers.

“There are many book lovers who welcomed the lockdown as it gave them more opportunity to finish reading their unread books. But for others who have not been traditional book lovers (besides what they have to read to pass exams including entrance exams), one does find that a few have taken to reading books during the lockdown and have begun to realise what a good friend a book can be", Narayan told Sputnik.

She also feels that as the percentage of literacy in India has grown, so has the habit of reading books.

“Since most people are still uncomfortable with reading English books, one finds them reading books written in their language (of comfort). Surprisingly, as the number of literate masses are growing and the reading trends in smaller towns, the larger cities especially in the Hindi belt, have shown a gradual decline in the number of bookshops that sell Hindi books", she added.

Karan Verma - author, public speaker, entrepreneur, and national best belling author of 2 novels “Jack & Master” and recently released “DHRUV”, says readers who were well-stocked with books are having a ball during the lockdown period.

“Instagram is flooded with stories and posts of books being read. As an author, I can confirm that my recently released novel DHRUV has been widely read by readers during this period. A lot of non-regular readers also reconnected with their old habit of reading and it was actually heartening to see many of them go back to the world of books", Verma told Sputnik.

“There is something magical about the world of books. Unlike movies or television, the world of books is a figment of the readers' imagination. Readers today are a heterogenous lot. Today, a book on culinary skills, a sci-fi thriller, a travel diary, and a politician's memoir can all set the cash registers ringing if marketed well. The good old 'word of mouth' is getting replaced by marketing buzz. With an abundant supply of content and growing impatience, we're also seeing people switching from one book to another even before completing the former", he added.

Giving an example of how reading books has now become an addiction for her, author Tripti Pandey, who has penned works like “India’s Elephants - A Cultural Legacy” and “Where Silence Sings - Music and Dance of Rajasthan”, says, “I am almost at the end of a big fat book - A Hindi masterpiece after a decade or so! Putting it by my side on the bed I read a few pages every day, savoring the lingering taste in my mind".

Talking about Bollywood, there are many movies that have come from books, for instance, Hindi film “Omkara” was inspired by the Shakespeare novel “Othello”, “Maqbool” was the screen adaptations of “Macbeth” or “Aisha” from “Emma”.

So, are Indians still fascinated with seeing movie adaptations of books rather than reading them?

“There is a significant group of our countrymen who prefer watching films rather than reading books. Most of the time is spent in watching Netflix irrespective of whether it has been adapted from a book or not. It is only a minority who will know that the particular film is an adaptation of a book. Also, if one is told to read the book, the invariable response is that why read the book, when one can see it on a large screen - the film", said Narayan.

So, on this World Book Day why not start a new habit or perhaps refresh the idea of having some space for books in your little world.