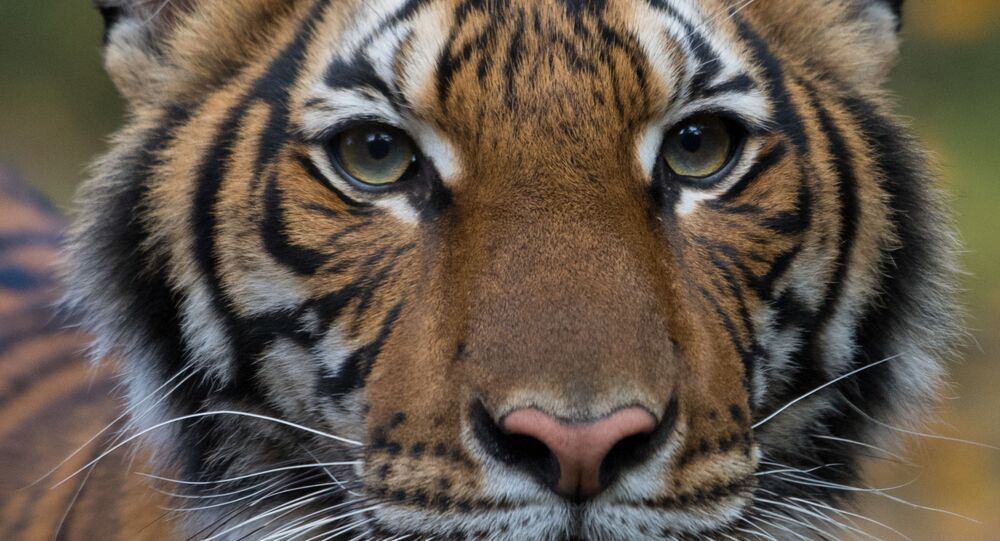 New Delhi (Sputnik): Tiger is the national animal of India. Currently, the country has as many as 2,967 tigers in the wild, with over 25 percent of them, thriving in the lush green forests of the central Indian state of Madhya Pradesh (MP).

On Wednesday, Arpit Mishra, an official from the Indian Forest Services (IFS) posted to MP’s Pench Tiger Reserve took to Twitter to officially disclose that a woman was found dead in a forested area. She had been killed, but not eaten by a tiger.

Located on the border of Madhya Pradesh and Maharashtra, Pench is a compact forest that stretches around 100 miles.

According to the officer, the woman's corpse was discovered on Wednesday morning with bloody sharp scratches, the kind a tiger is known for inflicting.

“Usually when a tiger hunts its prey with the purpose of eating it, the chances of the prey surviving the attack are pretty meek. If a tiger is responsible behind this case, the chances are very strong that it was just a human-animal confrontation gone wrong. The pictures of the dead body do show bruises, but there seems to be no sign of a deliberate attack on her neck – the typical way a tiger hunts", Vandana Pandey, a former human-animal conflict mitigation officer at the Wildlife Trust of India told Sputnik.

On 8 April, forest officer Mishra posted a video clip on Twitter that showed a tiger – who appeared to have been tranqualised – being carried away on a stretcher for re-location after another person from a nearby village was supposedly “killed” by it.

​The tiger accused of killing the woman was “rescued and released” into a more isolated location away from civilisation by forest guards.

​Tiger sightings in the state, containing six forest reserves surrounded by villages also hosts a significant population of over 526 tigers and attracts thousands of tourists every year from around the world, have significantly increased in the recent times.

The rules about entering forested areas are enumerated in the Indian Forest Act of 1927, which prohibits ordinary people from entering the jungle area without official permits and especially on foot.

In an interaction, Mishra told Sputnik that the villagers have been asked not to wander alone in the forest area.
"Both of these incidences happened with Mahua collectors who were venturing alone into the buffer zone. The tiger is an animal. In a conflict, the animal may naturally injure a human with his claws, weight, and teeth", said the forest official.
Recently, several tigers around the world have tested positive for COVID-19. The news seems to have triggered the fear of the virus among people living around forests, especially in the southern Indian state of Tamil Nadu where two tigers were recently poisoned to death, officials revealed on Twitter.
...
Reddit
Google+
Blogger
Pinterest
StumbleUpon
Telegram
WhatsApp
03
Tags:
forest, hunt, kill, India, tiger
Community standardsDiscussion