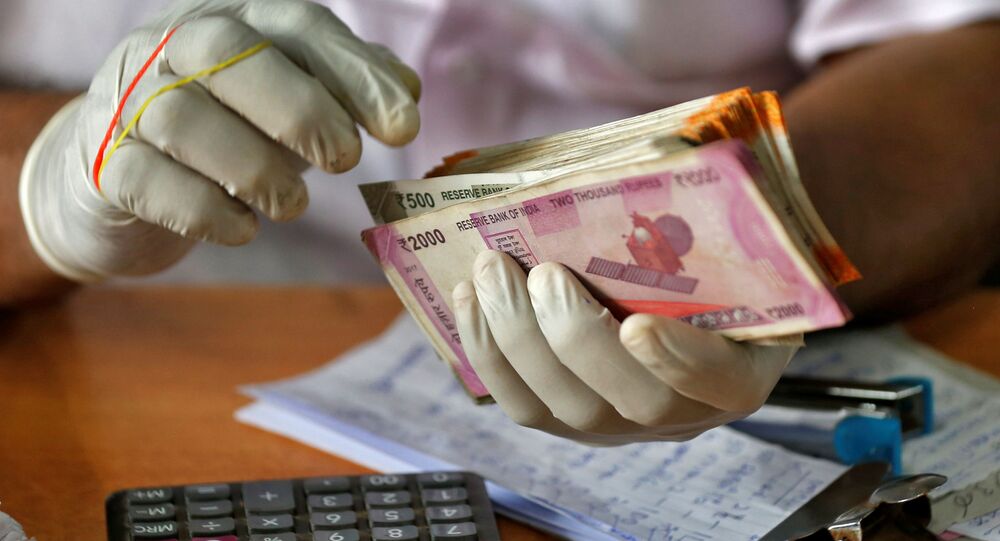 New Delhi (Sputnik): The coronavirus has led to India being put under a strict nationwide lockdown until 3 May. Owing to this, growth in the country’s economy has remained sluggish in the past months. Thoughts asking “what’s next?” in terms of jobs and finance seem to have overwhelmed isolated Indians with anxiety.

In its latest report, online market research firm YouGov has revealed that nearly 45 percent of Indian professionals are worried about losing their jobs in the aftermath of the coronavirus catastrophe.

Along with the layoffs, concerns around getting pay cuts and having to compromise on annual bonuses are also surfacing among 8-16 percent Indian professionals.

According to the YouGov report, early estimates show that the unemployment rate in urban India has soared to 30.9 percent. In addition, the United Nations has also estimated that around 400 million workers in India will slip into poverty due to the pandemic.

Ever since the lockdown was announced on 25 March, Prime Minister Narendra Modi has been instructing that all companies must avoid letting their staff go.

However, stories and media reports about several brands laying off their employees overnight have been making the rounds on social media.

Sr. Asst. Editor of TOI, Nona Walia, called by boss Poonam Singh. Sacked after 24 years from a company that she served for more than two decades. 😥@nonawalia @AshokPradhanTOI @bhavikajTOI

​The International Monetary Fund (IMF) has forecast that the recession that will follow industries in the post-coronavirus time will be worse than the Great Depression – which so far has been regarded as the worst economic downturn in the history of the industrialised world, lasting from 1929 to 1939.

The International Monetary Fund (IMF) also reduced its growth projections for India to 1.9 percent for the financial year 2020-21 (April 2020 - March 2021) on account of the COVID-19 pandemic-led slowdown.

Meanwhile, the number of COVID-19 cases has crossed the 11,000-mark in India. In a bid to tackle the further spread, the government has extended the nationwide shutdown from 14 April to 3 May.

The federal Home Ministry, however, has issued directives for a handful of services like production, manufacturing, and media, among others, that would be allowed to resume work with 50 percent of its staff from 20 April.

World's biggest Lockdown Coming to an end from April 20. India Issues Guidelines before opening up of economic activities. (Notification reads 20 May) will this change???#Lockdown2 #migrantlabourers pic.twitter.com/Wi0zXRvpw6