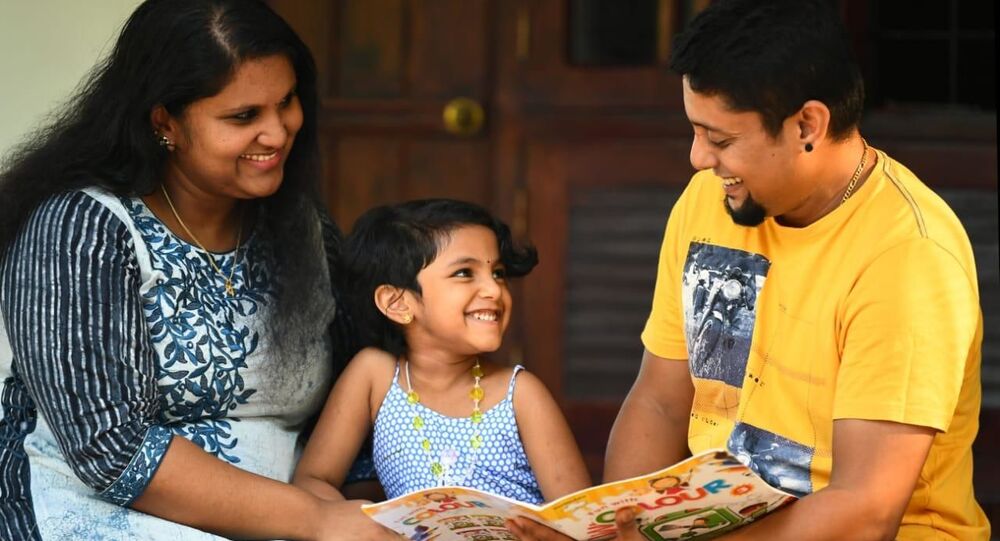 New Delhi (Sputnik): India has recorded over 9,000 positive COVID-19 cases, of which 856 have recovered and 308 have died so far, per Health Ministry data. While bereaved families grieve, the recovered live to tell the tale of their battles against the virus and social stigma.

Robin Thomas, 34, was planning to move to Italy in a few months but his dreams shattered when he heard the reports about the COVID-19 outbreak in the country. But this was not the worst that he was to experience.

He was unable to travel to Italy but he contracted COVID-19 along with his wife and in-laws. Robin and his family were among the first cases of the virus reported from the village of Chengalam in the southern Indian state of Kerala’s Kottayam. Kottayam reported the maximum number of positive cases, making it the worst-hit district in the state.

“I cried for two days after I was admitted to the hospital on 8 March. Me and my wife had mild symptoms and both of us had tested positive. I thought I would die. My wife Reena feared the same", says Robin.

“It was not just the fear of death but also the social media harassment where people were referring to us as those who brought COVID-19 to the village. I was not able to understand what I should do to stop it", he says.

Robin had gone to the airport to pick up his in-laws who had returned from Italy. He and his wife caught the virus from them, while their daughter remained immune to the infection.

“On 6 March, my in-laws tested positive after they were located because of their travel history. I had pain in my throat and a wet cough but it was enough symptoms to be admitted to hospital", says Robin.

Counseling, care, and the right treatment from doctors at the Kottayam Government Medical College helped this family pass the “21 most difficult days”.

“All three of us were kept in one room. Even though our daughter was not positive, we had to keep her with us. We could not have left her anywhere else. While doctors provided the best counseling and treatment; calls from friends, family and priest helped us pass the most difficult days", says Robin, who has now completed his home quarantine period as well.

Robin was working in Dubai before coming back to India in June 2019. With his in-laws and wife living in Italy, he had plans to move to the country as well. Robin will have to wait much longer but he is happy that the difficult part is over.

In his message to infected persons, Robin says, “I understand their thoughts. I know what they are going through. But I just want to tell them that nothing will happen to them and they will soon return to their homes".

Meanwhile, Kerala, is seeing the curve flatten as it reported only two cases on Sunday, taking the tally to 376.

As per officials in Kerala, the state that reported the first COVID-19 case in India in January, has seen the number of discharged cases almost double in comparison to new cases.