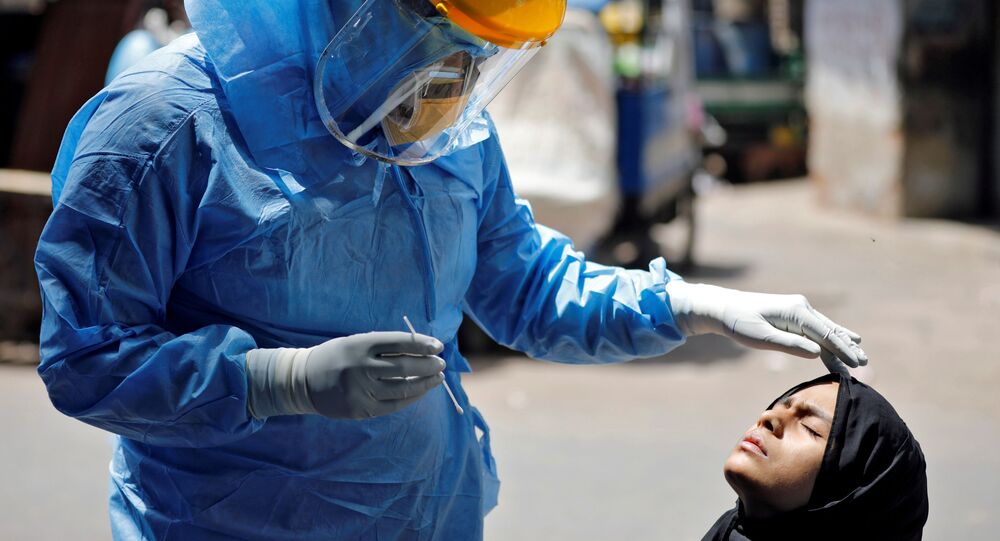 New Delhi (Sputnik): India has received requests from several countries to lift the ban on the export of the anti-malaria drug hydroxychloroquine, considered “game changer” in the fight against COVID-19. New Delhi had imposed the ban on the drug and its raw materials, in view of the mounting cases of infection in the country.

India on Friday denied reports that it had lifted a ban on the export of the drug, which is used to treat COVID-19 patients, overlooking a potential rise in domestic demand.

“Several countries have made requests for this particular item and taking into view the domestic necessities and keeping a sufficient buffer for our own requirement, a decision was taken by a group of ministers to release some of the surplus medicine for export purposes,” said Dammu Ravi, Additional Secretary and Coordinator for COVID-19 in India's Ministry of External Affairs.

Lav Agarwal, Joint Secretary in the federal Health and Family Welfare Ministry said, India has a stock of 328 million hydroxychloroquine tablets, while the projected requirement until the end of April is only 160 million.

India is the main manufacturer of hydroxychloroquine, and meets 70 percent of global demand. New Delhi banned its export on 25 March, despite mounting cases of COVID-19 in the country. But the ban was lifted after US President Donald Trump asked Indian Prime Minister Narendra Modi for supplies. Trump reportedly threatened “retaliation”, if New Delhi refused his request.

India’s apex body for formulation, coordination and promotion of medical research, the Indian Council of Medical Research (ICMR) recommended the use of the drug for healthcare workers and families of COVID-19 patients as a preventive medicine.

Anti-Malaria drugs or Hydroxychloroquine, blocks the virus from entering cells, according to scientists and it is the only available preventive medicine, though there is no regulatory approval for the treatment of the current viral infection.