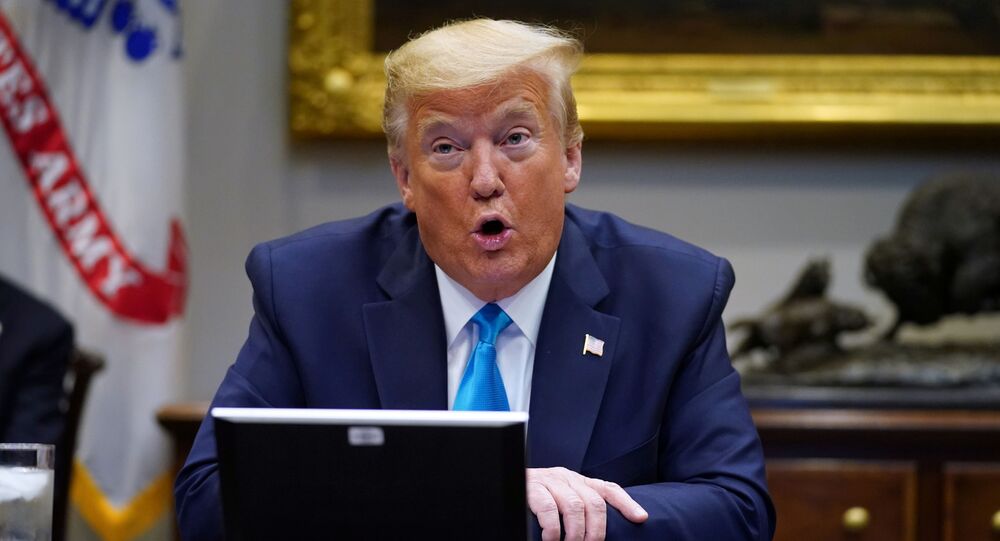 New Delhi (Sputnik): On Monday, US President Donald Trump had warned India of “retaliation” if Indian Prime Minister Narendra Modi did not lift a ban imposed on the export of anti-malarial drug hydroxychloroquine to fight COVID-19.

US President Donald Trump has called Indian Prime Minister Narendra Modi “great and really good” after receiving the first shipment of an anti-malarial drug, hydroxychloroquine, which POTUS has claimed to be a "game changer" against COVID-19.

The change in the tone of President Trump came just a few hours after India lifted a ban on exporting the anti-malarial drug in view of the humanitarian aspects of the pandemic and sent 29 million doses of the drug to the US.

Speaking to Fox News, Trump said: “I bought over 29 million of doses. Spoke to Indian Prime Minister Modi, a lot of it comes out of India. I asked him if he would release it. He was great. He was very good", Trump said.

On Monday, Trump had stated that he would be upset if PM Modi stands firm over the latter's ban and there may be retaliation if he (Modi) doesn’t allow the drug to come to the US.

The United States’ Food and Drug Administration (USDA) has identified hydroxychloroquine as a possible treatment for coronavirus and India is the leading manufacturer of the drug with 70 percent of total supply.

According to the World Health Organisation, over 400,000 people have been infected and around 13,000 deaths have occurred due to the virus in the United States.