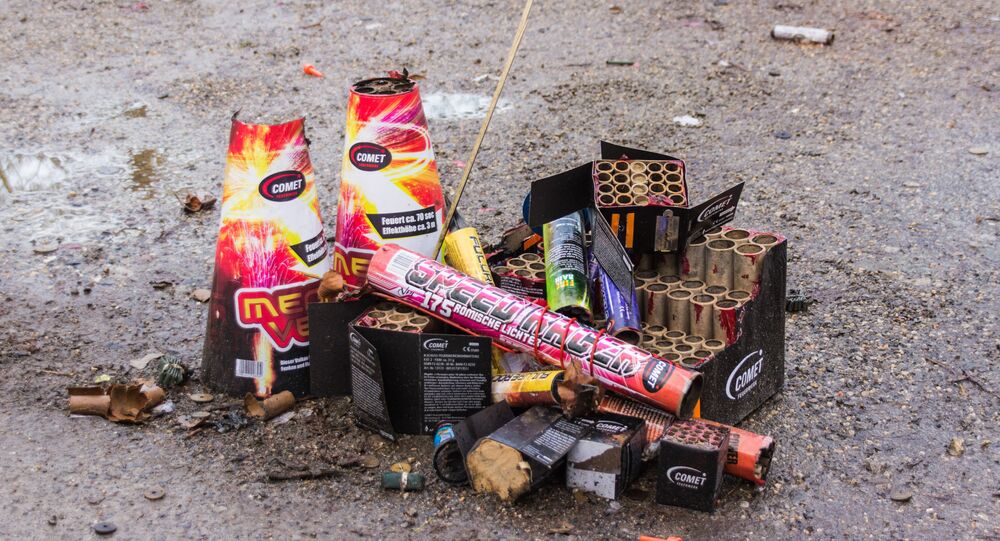 New Delhi (Sputnik): Some 1.3 billion Indians lit lamps outside their homes on Sunday (5 April) as a sign of solidarity and national spirit in the fight against COVID-19.

Taking to Twitter, Sardesai said people were setting off firecrackers in his area and that it was not a “bloody Diwali”, in a reference to a religious festival of immense significance to Hindus that is celebrated by lighting lamps and lighting firecrackers, signifying the victory of righteousness.

Some people in my area now bursting crackers. What kind of utter nonsense is this. You have singularly mocked at PM’s appeal: this is not bloody Diwali but a solemn occasion. Spend money you just did on crackers on meals for the poor. Absolutely shameful. Sorry, just not done!

​#BloodyDiwali is now trending on Twitter as people are lashing out on the journalist for making such a comment. Some even added a communal tone by alleging the Sardesai is “always against Hindu sentiments".

Mind your language and behave like a civilized reporter... what do you mean by bloody Diwali .. have you ever said bloody for any other non hindu festival

​What do you mean by bloody Diwali???

Do you have dare to say bloody Eid or bloody Christmas???
You are not a journalist. You are just a lickspittle who always against Hindu sentiments.
Shame on you @sardesairajdeep https://t.co/KdtcXGpUJn

​Bloody DIWALI , how dare you said this Rajdeep. This is simply not acceptable .

Don't test our patience.
Shameful !
Hoping for an apology from you !
Thanks!
Cc @ippatel @Rajput_Ramesh

​Some even demanded an apology from the journalist questioning his skills and the prestigious civilian award "Padma Sri" he received.

@aroonpurie @IndiaToday @aajtak @IndEditorsGuild
My Diwali Festival Is Not Bloody Diwali
Ur Bloody Journo @sardesairajdeep used filthy word for my Festival,
Seriously look in this matter,
He must publicly beg apology for his 3rd rate Journalism.@narendramodi @AmitShah@Swamy39 pic.twitter.com/YLNqL15XN6

This is a Padma Shree journalist 🤬🤬🤬🤬
Pseudo secular

​"Bloody Diwali"??? I bet you Sardesai - you dare to write "Bloody Eid" or similar, hundreds of fatawah would be issued in a day and you beheaded would be matter of time. You know it that's why you won't ever. https://t.co/fEy7cv1Ca4

​Abiding by PM Modi’s call, 1.3 billion people switched off the lights in their homes at 9 p.m. for 9 minutes on Sunday (5 April) and lighted Diyas (lamps) and lanterns outside their houses to lift up the spirits of the people who are the forefront of fighting this disease and the poor, who the prime minister said were bearing the maximum brunt of the 21-day lockdown that went into effect on 25 March.

However, incidents of flouting social distancing norms and setting off firecrackers were also reported during the event. Currently, India has 4,067 positive COVID-19 cases with 693 new cases being reported in the last 24 hours. So far, 109 people have lost their lives to the viral infection.