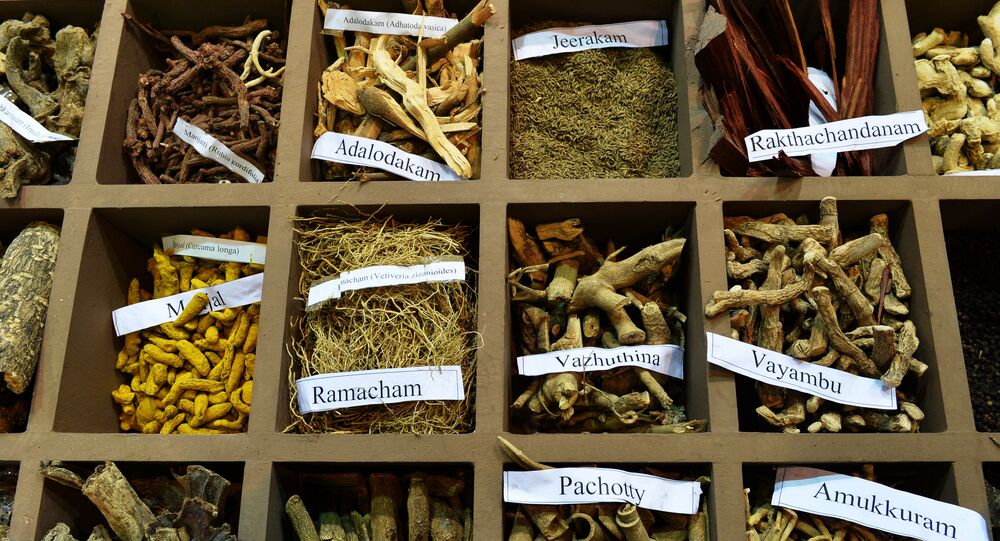 New Delhi (Sputnik): Indians will join Prime Minister Narendra Modi’s appeal to light earthen lamps, candles, or torches at 9 p.m. IST on Sunday, as a symbol of unity in the fight against COVID-19.

The appeal comes after a federal minister claimed that treatment for the COVID-19 infection for “Prince Charles through Ayurveda and homeopathy has been successful". Prince Charles' office later rejected such reports from India.

The British prince, aged 71, has been a vocal supporter of Ayurveda in the past. In 2018, he even joined Indian Prime Minister Modi during his UK visit to a museum in London to launch a new Ayurvedic Centre of Excellence.

However, a lot of people want Prime Minister Modi to use this time to promote the ancient Indian medical system of Ayurveda.

Ayurveda has power to cure or prevent any disease.

It's the most scientific & in addition, has no side effects.

We Request to PM @narendramodi Ji to give more focus on Ayurvedic manufacturers in the country.#संस्कृति_अपनाओ_कोरोना_भगाओ@drharshvardhan @MoHFW_INDIA @PMOIndia pic.twitter.com/hpbFgEnmRk

Yes,we all know there is no exact vaccination for COVID-19 in Allopathic Medicine till https://t.co/wCPUDrSk0y We Request to PM to have concern with Ayurveda Medicinal treatment to defeat Corona virus. #संस्कृति_अपनाओ_कोरोना_भगाओ

@DDNewslive Request to PM , to appeal to the people to use cow products as these products kill viruses and improve our immune system #संस्कृति_अपनाओ_कोरोना_भगाओ pic.twitter.com/loRdrmgCmJ

Request to PM to deliver a message to the nation to adopt our own culture & make immune strong to beat corona. #संस्कृति_अपनाओ_कोरोना_भगाओ pic.twitter.com/3FdGu0rCPl

​Some are taking to Twitter to support Modi’s move shine light sources from balconies or houses without congregating at 9 p.m. IST on Sunday for nine minutes to help the public dispel the persisting fear of corona.

On April 5 at 9 pm, the lamp experiment will break the environment of fear of coronavirus and will destroy the harmful viruses immediately and my request to PM is that the public should also be familiar.#संस्कृति_अपनाओ_कोरोना_भगाओ

​Thousands of people on Twitter have made the hashtag #Request to PM trend with 71.6 k tweets so far, containing a host of suggestions and updates about the problems they witness around them.

India, as of today, has 3,374 active cases of COVID-19, including 65 foreign nationals, while 77 people have lost their lives to the infection, according to the federal Health and Family Welfare Ministry.