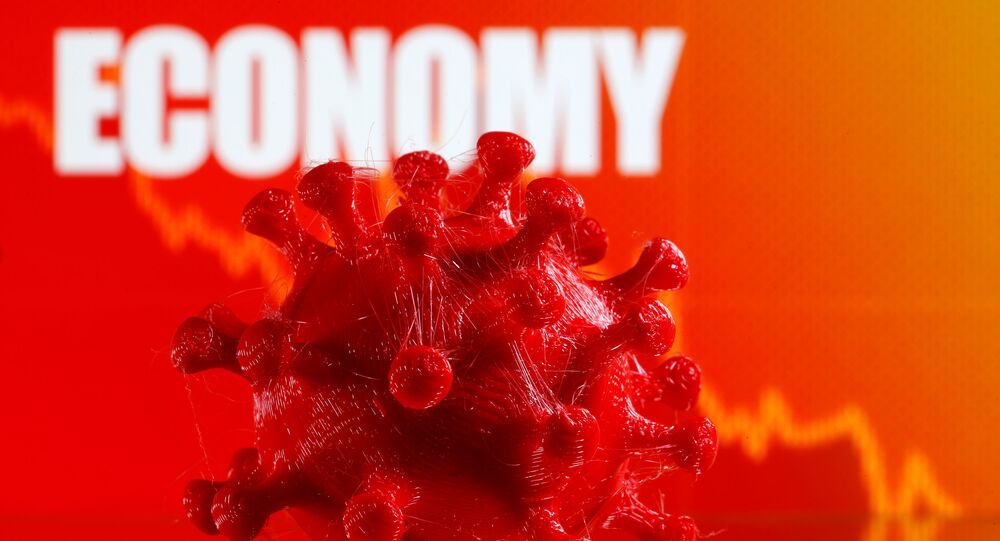 New Delhi (Sputnik): The International Monetary Fund head warned on Friday that the COVID-19 outbreak across the world has driven the global economy into recession. “It is clear that we have entered a recession as bad or worse than in 2009”, IMF Managing Director Kristalina Georgieva said.

With reports of recession amid the coronavirus outbreak and massive lockdowns, a pall of gloom has descended upon world economies. All the non-activity is set to result in income loss along with the worst effects on the financial markets.

The trade and development report update — titled The Covid-19 Shock to Developing Countries: Towards a “whatever it takes” programme for the two-thirds of the world’s population being left behind — by the United Nations Conference on Trade and Development, also spells trouble for the developing countries, except for India and China.

The report says that commodity-rich exporting countries will face a drop of between USD two trillion and USD three trillion in investments from overseas in the next two years.

But the series of stimulus packages by the major developed economies and China to extenuate the mounting economic damage and the response to the health crisis will extend a USD five trillion lifeline to their economies.

"Even so, the world economy will go into recession this year with a predicted loss of global income in trillions of dollars. This will spell serious trouble for developing countries, with the likely exception of China and the possible exception of India", the report said.

The report refrains from giving a detailed explanation with regard to India and China being the exceptions to the world recession and loss in global income that will impact developing countries.