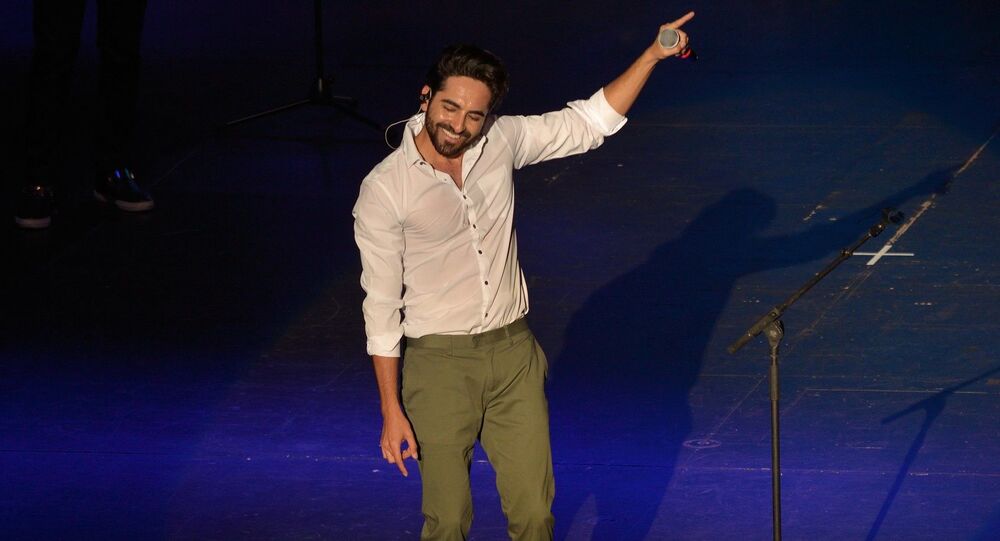 New Delhi (Sputnik): Ever since Indian Prime Minister Narendra Modi announced a nationwide lockdown, there have been reports of large-scale migration of workers from cities like Delhi and Mumbai. Daily wage earners have been the hardest hit by the present crisis due to job loss, resulting in them being on the verge of starvation.

Bollywood actor Ayushmann Khurrana has expressed hope that this difficult time for society will soon be over so that poorer sections of the population can get back to their everyday lives.

The actor, who is known for his roles in “Andhadhun” and has also been applauded by the government of India at the National Film Awards for his performance in the film, took to his social media account to share a video where he recited a poem on the "poor" facing the heat during country-wide lockdown.

Sporting a beard and a cap, the actor showed empty roads from his building in the video.

Thousands of daily wage earners, who lost their work trudged hundreds of kilometres to return their native villages in the absence of subsistence from places like Delhi, Mumbai, and several industrial towns in Uttar Pradesh, Gujarat, and Madhya Pradesh. After their plight started emerging in the media, several state governments arranged transport for these workers from places like Delhi.

India currently has 1,117 active cases of COVID-19 according to the federal Ministry of Health and Family Welfare. Some 32 people have succumbed to the virus.