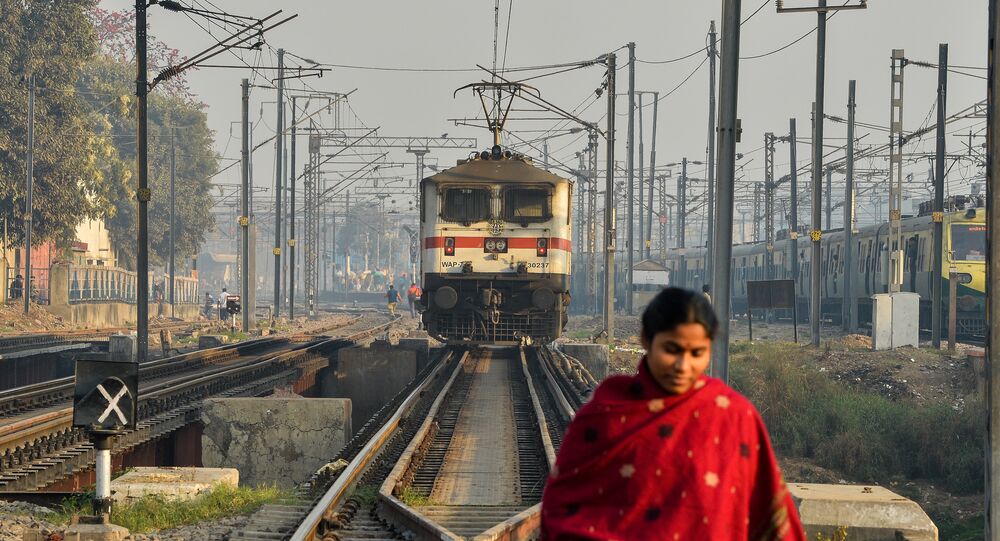 New Delhi (Sputnik): In a collective fight against the coronavirus pandemic, India has locked down its 1.3 billion citizens until 14 April. All modes of public transports including trains, planes, buses, and even metro and local rails have been suspended until then.

Indian Railways has come up with a solution to the shortage of isolation wards for the burgeoning positive cases of COVID-19 in the country.

According to reports, Indian Railways will create at least 10,000 isolation wards using 20,000 coaches across the country to bridge the gap in quarantine facilities. They will house patients and paramedical staff treating them.

On Saturday, pictures of the special “isolation coaches” began surfacing on social media showing the makeover of an existing train compartment to look like a hospital room with curtains and side tables.

The remodelling of the coaches was executed in New Delhi taking into account suggestions made by medical professionals, reports quoted Rajiv Chaudhary, General Manager, North Central Railway (NCR) as saying.

The coach stationed in the national capital will have 10 cabins as isolated chambers. A team of doctors, paramedics, and nurses will also be part of the special coaches.

Isolation coaches built by Indian Railways to fight the #CoronavirusPandemic.

​The converted coaches were from non-air conditioned parts of trains. They are equipped with the necessary medical equipment, bottle holders as well as proper electricity requirements.

Indian Railways has also converted two facing washrooms into one big bathroom for patients who will be using the facility.

The pictures of the prototype coaches have left netizens impressed: sharing the news, Twitterati applauded the efforts taken by the Indian Railways.

Wonderful job by @narendramodi govt !!
Isolation coaches have been prepared by the Indian Railways to fight the #Coronavirus Pandemic. This shows how seriously our govt is taking up the situation !! Truely appreciable this facility . @PiyushGoyal pic.twitter.com/BKc3ozEGYG

In a major move ⁦@RailMinIndia⁩ will convert/modify railway coaches into isolation wards. Indian Railways teams are working 24/7 to create 10,000 isolation wards across the country. #IndiaFightsCoronavirus https://t.co/YaF9rzx2rY

Tough times call for innovative measures! This is fantastic!! Also, swift action by the Railways Ministry in drawing up the plan. @PiyushGoyal https://t.co/DPNTZEROfT

According to the Indian Ministry of Health and Family Welfare, there are 873 active coronavirus cases in the country. Some nineteen people have succumbed to the virus.

To prevent the further spread of the virus, Prime Minister Narendra Modi has declared a 21-day nationwide lockdown until 14 April.

Russian Railways Suspends Rail Services With Finland Due to Coronavirus