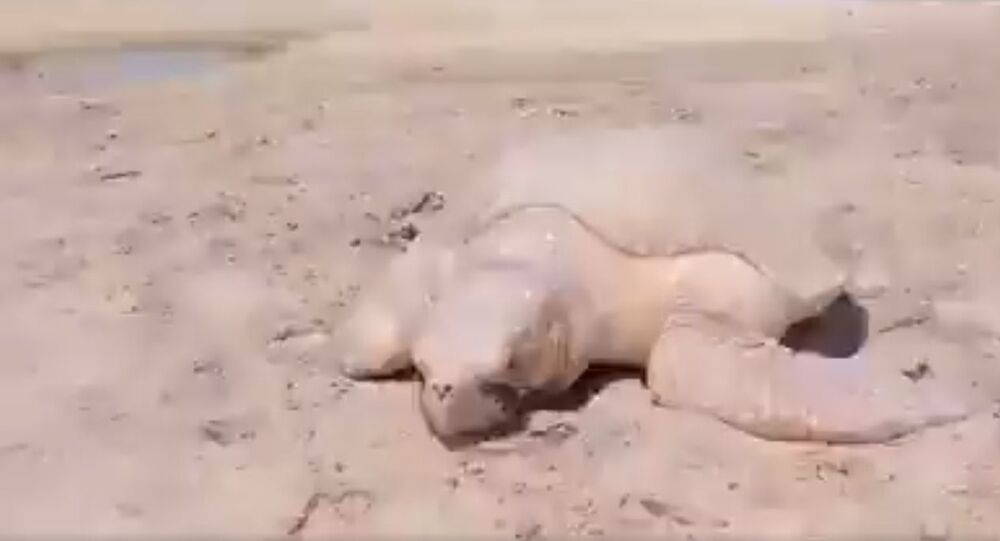 New Delhi (Sputnik): If you ever stumble upon an Albino turtle then you must be lucky! Their distinct appearance – pinkish-tinted body – is a sight to behold. These turtles generally weigh around 50 kilograms.

A rare Albino turtle roaming around a beach in the Indian coastal state Odisha left forest officials stunned on Friday. The rare species was found on Odisha’s Podampeta beach during Arribada (mass nesting) when a large number of olive riddle turtles poured out on the beach.

The Indian Forest Services official Susanta Nanda, who shared the video on Twitter, reported that the last time the rare turtle was spotted in the country was in 2015.

Arribada (mass nesting) of Olive Turtles are almost over off thr coast of Odisha .10000+ were recorded tonight. It will now be sporadic.
It was bit late this time. Happened during daylight at Rushikulya mouth, after 2015. An Albino was recorded by the staff for the 1st time🙏🏼 pic.twitter.com/BQ0EuWq3P3

​The state forest officials are currently surveying the nest where it was found, Divisional Forest Officer Amlan Nayak said.

According to wildlife experts, albino turtles live longer than other albino species because their hard shells provide them with extra protection. But their lifespan is shorter than other turtles. Albinism is the absence of pigmentation or colour in animals, plants anc even humans.

Excuse Me! Lion Family Gives Way to Motorcyclist After Coming Face to Face in India